Aleph Farms, the Rehovot, Israel-based cultivated meat specialist in growing steaks directly from non-immortalized animal cells that are not genetically engineered, on September 28 announced the signing of Memorandums of Understanding (MOUs) with the Bangkok headquartered Thai Union seafood group and Seoul, Korea-headquartered CJ CheilJedang. As part of the agreements, they will work to accelerate Aleph’s scale-up, go-to-market activities and elevate distribution of cultivated meat in existing marketing channels across the Asia-Pacific (APAC) region.

The company, which announced a similar arrangement with Mitsubishi in Japan earlier this year, recently raised $105 million in a Series B funding round led by L Catterton, the largest global consumer-focused private equity firm, and DisruptAD, ADQ’s venture platform. Also participating was Temasek, a global investment company headquartered in Singapore.

“We are excited to partner with key players in the Asia market and establish a new category of meat products to address increasing consumption in the region,” said Didier Toubia, co-founder and chief executive officer of Aleph Farms. “We carefully consider partnerships that reflect our core values and sustainability commitments, and both Thai Union and CJ CheilJedang share our resolutions for achieving carbon-neutrality and enhancing food security for all people of Asia and around the world. Temasek is an ideal investment partner with an intrinsic understanding of the Asian market.”

Asia is in the vanguard of supporting and adopting cell-cultured meats, according to Toubia. Singapore is the first country in the world to approve cultivated meat and to offer it on a restaurant menu. Cultured chicken had its global debut in Asia, a region of the world that, while vulnerable to food insecurity and struggling with scarcity of natural resources, is also seeing increased meat consumption thanks to rising income, growing populations and increased urbanization.

“We are highly excited to deepen the relationship with Aleph Farms to explore the market potential of alternative beef produced from cultured cells,” said Sze Cotte Tan, chief technology officer of food research and development at CJ CheilJedang. “We are at the forefront of a trend in Asia food industry as Asian consumers show increasing interest in alternative proteins, and we have the opportunity to lead consumption patterns toward a more sustainable, resilient future that benefits all of Asia and the world.”

Beef is Southeast Asia’s second fastest growing meat category, with consumption expected to increase as much as 16% by 2022 in a region that, historically speaking, has primarily consumed fish and other seafood. Research from Thai Union and Aleph Farms reveals that 74% of Singaporeans and 97% of Thais are willing to try cultivated meat. In Singapore, a key motivator for eating cultivated meat is said to be environmental benefits, while in Thailand diners favor the ability to trace the meat’s origins.

Thai Union is closely tracking changing consumer demands and the need to find new, sustainable ways to meet increased global protein demands to respond to the growing population of the world. Thiraphong Chansiri, the company’s president and chief executive officer stated: ”Following our investment, we are excited to work with Aleph Farms, which is already well known for its technological advancement and strong commitment to sustainability, to further explore collaboration opportunities in Asia.” 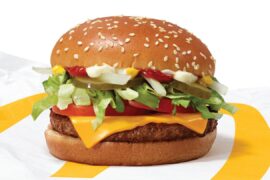 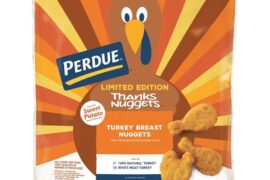 Perdue Thanks Nuggets are Back – and Now Available in Retail Stores 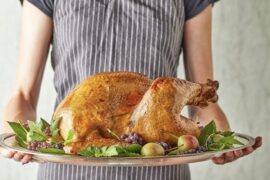