While Burger King restaurants in Israel offered adults-only Valentine’s Day Meals (two Whoppers, two servings of french fries, two beers and one romantic toy) on February 14, KFC customers of all ages in Singapore and other locations enjoyed love heart-shaped Chizza. The “all chicken, no crust pizza” mashup, which has been working its way across the Pacific since debuting on the fast food chain’s menus in the Philippines back in 2015, has now added the Southeast Asian city-state to its ports of call. 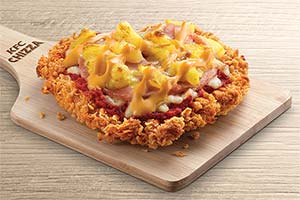 Selling for SGD 5.10 each (about US $3.60), or SGD 7.50 (US $5.30) in a meal deal offered with fries and a soft drink, the baked Chizza features a marinated, pre-fried chicken fillet base topped with mozzarella cheese, tomato sauce, cheese sauce, chicken ham and pineapple chunks.

“It was a successful product introduced in many KFC markets, including the Philippines, Thailand, Taiwan, Korea, Japan and India. With its huge popularity in the regional markets, it is time to bring this novel and tasty product to our Singapore consumers,” announced Kentucky Fried Chicken Management Pte Ltd., the Singapore KFC franchise operator. 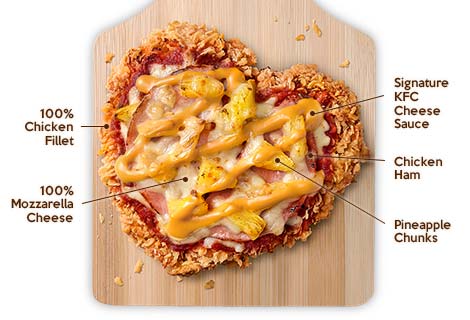 Having positively won the hearts and stomachs of many diners, judging by YouTube videos and social media posts, the product will likely be served in the Lion City for some time to come after Valentine’s Day. 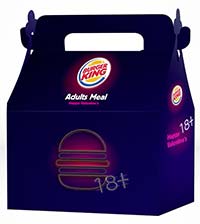 In Israel, meanwhile, consumers over the age of 18 who raced to Burger King for racy combo meals served after 6 PM on February 14 will have feather ticklers, head massagers and other adult toys to play with long after the Whoppers, fries and beers have been enjoyed. 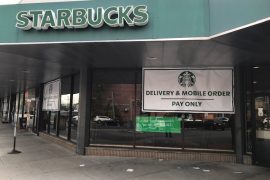