Still recuperating from the fun, travel and adventure that Paris always presents SIAL visitors entering the City of Light from near and far, we are again all the better for the experience – though all was not exactly an epicurean delight. The 2018 rendition of the biennial showcase extravaganza for the international food trade, which ran from October 21-25, was by almost all accounts a total success.

The statistics speak for themselves, as 7,200 exhibitors from 119 countries (87% hailing from outside of France) showed their stuff at the expansive fairgrounds. A record attendance of more than 310,000 persons walked and talked their way through the halls, and it is likely that I met, bumped into or squeezed past half of them on extraordinarily cramped, standing room only rail commutes between the Gare du Nord station and Paris Nord Villepinte. One fellow traveler, dubbing the route the Sardine Can Express, was rebuked by another who reminded him that it was a local service train with numerous stops to be endured before reaching the desired destination. But I digress.

Once at the fairgrounds, it was immediately clear that the journey was well worth the time and en route discomfort suffered along the way. Bustling Hall 5A was where the main frozen food business action took place, though lots of business in the frozen sector was also transacted in the national pavilions, as well as in the busy seafood, poultry, meat and prepared food aisles in Hall 6. 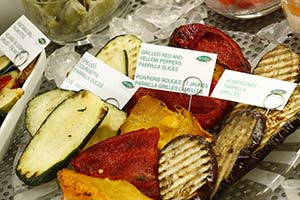 From Ardo’s Veggie Snacks and Industrie Rolli Alimentari’s award winning Pesticide-free Frozen Vegetables in Paper-based Bag, to Doux Mini Chicken Fillets, Oppo Brothers’ Raspberry Cheesecake Puds, Holy Guacamole and Pumpkin Soup from Greenyard, Antarctic Foods’ Cornquet, Semi-Fried Falafel from Givrex, and loads more, there was a cornucopia of innovative frozen food products to see and sample at the show. We have reported on a number of these items during the last week, and will offer additional reports soon in the days to come. Please read all about it with pleasure at your leisure at www.frozenfoodsbiz.com.

Our team would like to salute the SIAL organizers for staging what was no doubt their best production ever. In doing so, a quote from Nicolas Trentesaux, the show’s network director, is apropos: 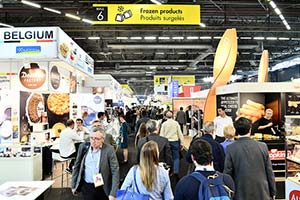 “This year, once again, we have succeeded in setting the bar still higher, to deliver to all professionals in the sector a truly exciting event with lots going on everywhere, all the time. Over the five days of the show, SIAL Paris promoted more than 400,000 products over an area equivalent to more than 100 supermarkets laid out end-to-end! It remains an event that nevertheless retains its human dimension, since it is about food, after all!”

Bravo, Monsieur Trentseaux and Company! See you at the next running of SIAL, Oct. 18-22. We wouldn’t miss it for the world, God willing. Maybe by then the advent of express train service from Gare du Nord to the fairgrounds will become a reality. Miracles can happen sometimes, right?