AYO Foods, the Chicago-based producer and marketer of West African frozen food products and hot sauces, is bringing the flavors of Chef Zoe Adjonyoh to grocery stores in the United States through a new partnership announced on May 10.

As chef, writer, entrepreneur and founder of Zoe’s Ghana Kitchen, Adjonyoh has been pioneering modern West African food in global supper clubs, at her namesake restaurant, pop-ups, street food stalls and special events since 2010. The culinary artist’s acclaimed cookbook, republished and released in 2021, earned a spot on The New York Times Best Cookbooks of 2021 List.

In collaboration with AYO Foods, Adjonyoh expands access to her signature dishes, while diversifying frozen aisles around the country. New entrees, launched at Sprouts Farmers Market stores, feature flavors from a medley of wholesome ingredients, as detailed below:

• Aboboi. Plant-based and vegan, this summery stew is layered with flavors from bambara beans, red peppers, chiles and the chef’s popular spice blends.

“One of our missions is to make West African flavors more accessible. By collaborating with Chef Adjonyoh, we can share her culinary talent with a new audience,” said AYO Foods Co-Founder Perteet Spencer. “We view her new dishes as a valuable opportunity to please palates while shifting perspectives on what belongs in the grocery store.”

“As an advocate for the wider adoption of New African cuisine, I’m very excited to team up with AYO Foods and help make this possible,” said Chef Adjonyoh. “Food is a powerful source of connection and I hope the meals we created foster greater appreciation for West Africa’s gastronomic heritage.”

Launched in July 2020 by Perteet and Fred Spencer, AYO Foods was inspired by Perteet’s Liberian family. In one year, product distribution expanded from a base of 50 retailers to more than 4,000 nationwide.

As part of an effort to highlight West African chefs, AYO (which means “joy” in Yoruba) previously collaborated with Ghanian-born Top Chef Alum Eric Adjepong for a line of specialty dishes, including Waakye (Beans and Rice) and Chicken Yassa. 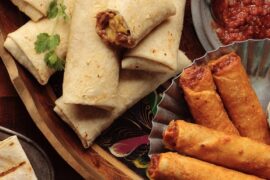 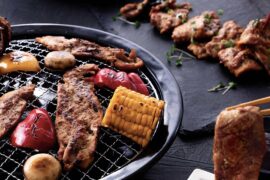 Next Meats Expands in Retail Stores & Restaurants Across North America 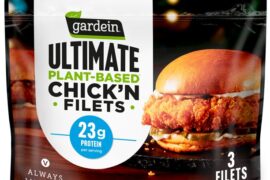