It’s been a full week since the 100th anniversary of Anuga concluded in Cologne, and I’m still plowing through copious notes, shuffling through stacks of brochures and sell sheets, and plugging USB memory sticks into my computer keyboard in an earnest effort to process the information overload. Fully digesting all the data, while also paring down a couple extra kilos personally gained while grazing at the expo,  all will take more time, which means that articles about the most important B2B food show in the world will continue to be posted in the days ahead.

Meanwhile, let it be reported that among the major trends prominently displayed in multiples at the fair were plant-based faux meat products on one side of the front burner, and on the other side real meat Greek and Turkish style döner kebabs made of veal, beef and poultry. Also in high profile were bumper crops of healthy eating and sustainable vegetable and fruit offerings, a traffic jam of street eats, lots of snacks and appetizers, and ethnic dishes from all parts east, west, north and south.

“As the world’s largest and most important trade fair for food and beverages, Anuga is not only a platform for the export business of the German food industry, but also the leading global trade fair for innovations and trends within the food market,” said Christoph Minhoff, chief executive director of the Federation of German Food and Drinks Industries (BVE). “We are more innovative than any other branch of industry, as every year over 40,000 new products are introduced onto the market in Germany alone.”

The roving FrozenFoodsBiz.com tasting crew, consisting of yours truly and colleague Malcolm Cameron, saw and sampled numerous examples of what he Mr. Minhoff was talking about throughout the expansive fairground – especially on both levels of Hall 4, where frozen food companies encamped in large number from October 5-9 to promote their portfolios and serve buyers and food tourists alike. Among products that impressed this writer – and needless to say there were far too many to mention in this space at the moment – are: 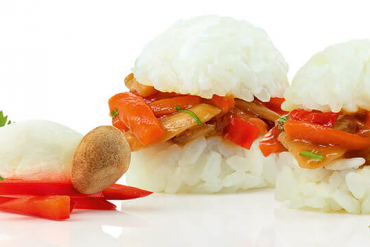 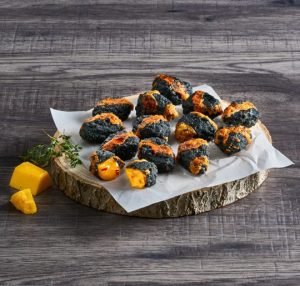 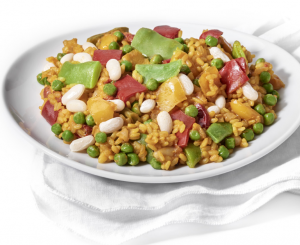 Peter van Asten, founder and chief executive officer of the Hulshout, Belgium-based company, said that the line has multiple applications for use in making products ranging from smoothies and sorbets, sauces to cocktails, soups, ready meals and even chocolates.

“We trialed it successfully in Italy before taking orders and shipping our first pallets to Spain,” stated Asten. “We’re also testing it with praline producers in Belgium now and hope to soon have entry into the chocolate industry. 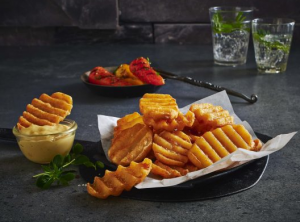 Agrarfrost’s rösti mash filled Tater Bites are cylindrically-shaped cubes with a diameter of about two centimeters and a length of three centimeters. The American-style finger food appeals to children and adults alike, while the Minions 3D potato figures targets youngsters.

When asked about current business, Mr. Wolharn smiled and replied: “We can’t complain at all. Mexican and Tex-Mex cuisine continues to grow in popularity in Europe, which is our main market. We have many products to offer, and service remains our most important product.”

The family-owned company is in good hands with a second generation running everyday activities. Son Richard Wolharn has been on the job as chief executive officer for a number of years. Sister Linda Gnass, who shares leadership duties as co-ceo, ably assists him. 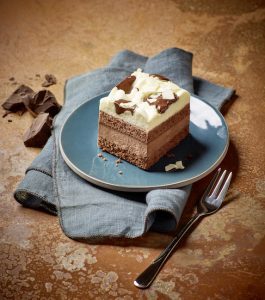 Mrs. Wongwan, who is long-time exhibitor at Anuga, regards the show as the most international venue on the global circuit for purveyors of frozen food products. Indeed, she has found good customers from Europe, North America and elsewhere at the fair. One of the goals set this time was to land LACO’s first client from Germany.

FrozenFoodsBiz.com personnel met with Mrs. Wongwan on the first day of the fair, a Saturday. Typically many of the major German buyers prefer to take weekends off. Hopefully the LACO deputy managing director identified a few diligent Deutsch prospects to meet and greet on Monday. 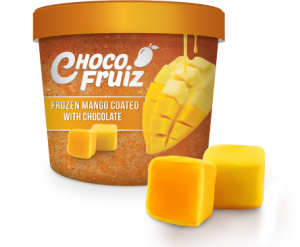 Post-show figures released by the Koelnmesse organizer were quite impressive. The 2019 running of the biennial feast of international food products and culinary concepts attracted 170,000 trade visitors (up 3% over 2017) from 201 countries, with 75% of the crowd passing through the gates and turnstiles hailing from beyond Germany. The number of companies exhibiting across 284,000 square meters of space in 11 halls housing ten food and beverage sectors under one roof was 7,590 (up from 7,405 two years ago). They came from 106 nations, with the share of foreign exhibitors accounting for 90%.

“The continual growth in the number of trade visitors and exhibitors confirms the excellent international standing of Anuga as the industry’s most important business platform. This record result means we are continuing to write the success story of Anuga in its 100th anniversary year. No other event brings supply and demand together so effectively at such a high level of quality as here in Cologne,” stated Gerald Böse, president and chief executive officer of Koelnmesse GmbH. “Anuga 2019 fulfilled the function as a window to the future more pronouncedly than ever as well. Strategic decisions for the entire food industry were discussed here, new solutions and concepts for the big challenges of the global food industry were presented too.” 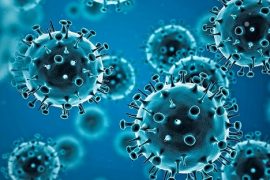 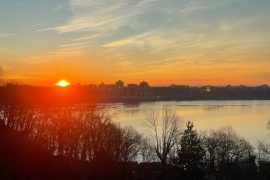