Banza, the maker of frozen chickpea pizza, pasta, mac & cheese and rice, is teaming up with Oath Pizza to introduce its chickpea pizza crust to restaurants in the United States for the first time. The Detroit, Michigan-headquartered company will replace Oath’s previous cauliflower and gluten-free crusts as a new permanent menu option, offering a solution that is both plant-based and certified gluten-free with the same crispy crust and doughy center that most pizza lovers prefer.

The chickpea pizza crust will join a menu full of high quality, carefully sourced ingredients that make Oath’s pizza “100% feel-good.” Banza will begin rolling out in Oath’s 50-plus restaurants this month, starting with its New York, Massachusetts, Pennsylvania, Ohio and Virginia locations.

The partnership with Oath comes just seven months after the grocery launch for its chickpea pizza. A first-to-market innovation, Banza has driven incremental growth for the pizza category and quickly become the fastest-selling frozen pizza crust in the country.

“Since we launched our pizza in grocery stores, we’ve found that 50% of people who are buying it are brand new to frozen pizza. We’re thrilled that Oath is bringing our chickpea pizza crust to restaurants for the first time,” said Mike Tarullo, Banza’s chief operating officer. “Our partnership gives us the opportunity to help people feel great about incorporating more pizza nights into their routine.”

Banza’s chickpea pizza crust will appeal to consumers seeking a pizza option that’s both gluten-free and vegan. While USDA guidelines recommend people eat chickpeas, beans and lentils one to three times per week, it is estimated that about 80% of the US population is not doing so. The partnership with Oath allows Banza to reach a wider audience and further its ability to inspire people to eat more chickpeas in a new way.

Banza pizza crust will be available as a part of Oath Pizza’s permanent menu offering for dine-in, pickup, delivery, and curbside at oathpizza.com or through Oath’s mobile app. Guests will be able to create their own chickpea pizza and select from a range of Oath’s premium ingredients, such as their house-made tomato, basil pesto and truffle sauces, traditional and plant-based cheeses and proteins, fresh veggies, and garnishes. Additionally, Banza Pizza will be available for nationwide shipping as part of the Oath Pizza Party Packs available on oathpizza.com, where people can make their own pizza creations at home. 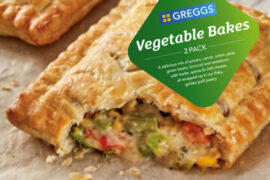 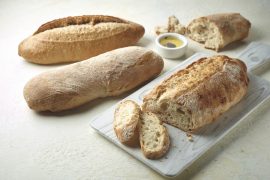 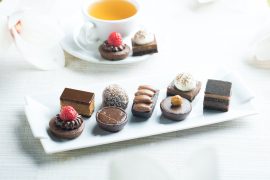