Founded by vegan chefs and brothers Chad and Derek Sarno in 2016, the company’s products are developed using a six-legume blend featuring peas, chickpeas, lentils, soy, fava beans and navy beans. Seaweed and algae extracts are added to create umami flavor and natural taste without the use of dairy, gluten or GMO ingredients.

Last June Gathered Foods raised $10 million in additional cash to open a 42,500-square-foot manufacturing facility for Good Catch products in Heath, Ohio. By January of 2020 net proceeds from an oversubscribed Series B funding round topped $32 million, some of which is being deployed for distribution expansion across North America, Europe and into Asia. At the moment, Good Catch SKUs are available in over 4,500 retail outlets in the USA and UK.

The consumer appetite for plant-based food has grown significantly in recent years, with the category reaching a value of $4.5 billion in the United States and retail sales and expanding by 11 percent in 2019 (vs. approximately two percent for the overall retail food market).

As demand for protein alternatives continues to rise in the marketplace, so too has investment for such products from entertainment personalities and other pop culture personages engaged in supporting campaigns for animal welfare protection and environmental causes.

“I’ve been living a vegan lifestyle for over 30 years. My diet has been driven by the love I have for the environment,” said actor Woody Harrelson. “I have known Chad Sarno for years and am a huge fan of the culinary work Chad and his brother Derek are driving in the market. I’m excited to work with a food brand like Good Catch that leads with taste and aligns with my personal beliefs of making a difference for the animals and our planet.”

By now, Series B financing round investment in the company, led by 301 INC and Greenleaf Foods, amounts to $36.8 million.

“Consumer demand and culinary trends show the evolving excitement for plant-based foods, and the unified support from such an influential group goes far beyond funding alone,” said Chris Kerr, chief executive officer of Gathered Foods. “The message underscored by their backing is invaluable. We are thrilled to welcome all of our new investors and are hopeful for the growth and continued innovation their endorsement creates.” 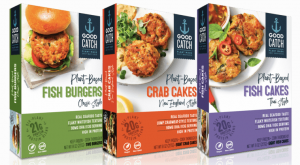 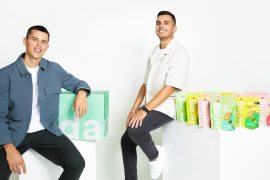 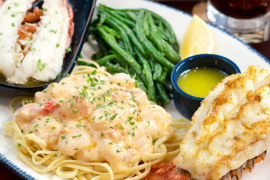 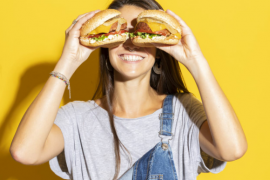