Keeping up with fast-paced developments in the meat packing and exporting business is a 24/7 job these days, as supply and demand is increasingly affected by outbreaks of novel coronavirus (SARS-CoV-2) and trade restrictions imposed by government agencies that ostensibly opt to era on the side of caution rather than take World Health Organization advice that it is “highly unlikely” consumers will contract the Covid-19 respiratory disease from food or food packaging.

According to a report in the Global Times, a tabloid newspaper and online information service of the Chinese Communist Party: “Tighter rules and stepped-up scrutiny of food imports are steps China is taking to curb a resurgence of Covid-19, rather than an excuse to target any specific country for a political reason.”

Panic over the safety of imported food in China began almost two weeks ago after a spike in Covid-19 infections in Beijing was said to be linked to detection of the virus on a chopping board used while cutting imported salmon at the Xinfadi wholesale market in the southwestern corner of the city. The scare was dialed down somewhat after Wu Zunyou, chief epidemiologist with the China CDC, informed the public that a positive coronavirus test result from a salmon chopping block “doesn’t indicate much,” as it could have been contaminated by workers or shoppers.

Last week China’s General Administration of Customs suspended imports of chicken produced at one Tyson Foods facility in the USA. While no specific reason was made public, the action was apparently not taken based on evidence of product contamination. More likely it was because 265 people at several Tyson processing plants in Springdale, Arkansas, have tested positive for coronavirus. The company says 253 workers from the sample were asymptomatic.

“We’re confident our products are safe and we’re hopeful consultations between the US and Chinese governments will resolve this matter,” a Tyson spokesman told The Wall Street Journal.

Arkansas Governor Asa Hutchinson said the PRC’s suspension of imports from the Tyson plant was “very troubling” and “not reasonable,” as there is no evidence that Covid-19 is transmitted through food. “I don’t know whether China is playing politics or just making bad judgments,” he added.

Tyson has put in place a host of protective steps in collaboration with local health and government officials that meet or exceed CDC and OSHA guidance for preventing Covid-19 at its facilities. The company is also pursuing community outreach efforts to educate team members on the risk factors associated with coronavirus to ensure they can stay safe not only at work but also at home.

Commenting on China’s ban on chicken imports from a single Tyson facility (Plant # P5842), USA Poultry & Egg Export Council (USAPEEC) President Jim Summer said: “Hopefully it’s not going to mean anything. If it remains at just one plant, it will not have any meaningful impact, but we don’t know what’s going to happen.” 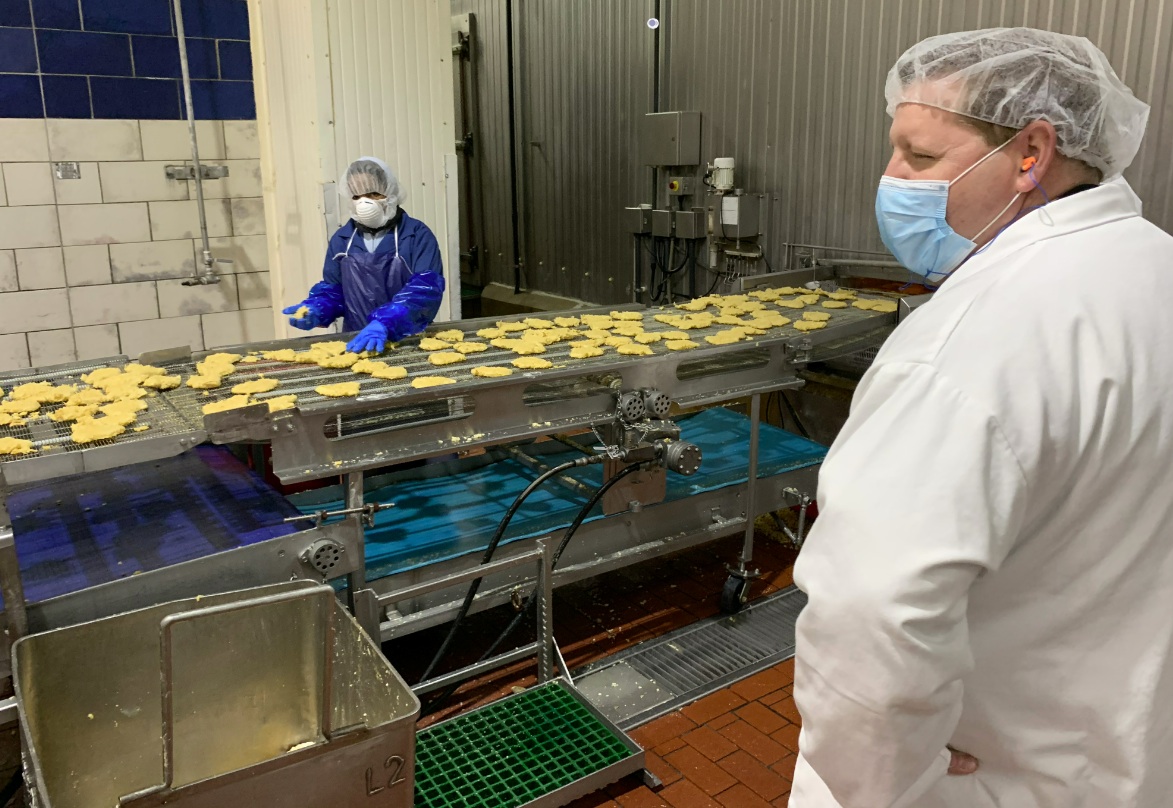 “This action by the Chinese is completely unjustified,” stated Tom Super, senior vice president of communications at the Washington, DC-headquartered National Chicken Council.

Pointing out that not only is coronavirus not spread by eating chicken or other meat, Sumner added: “The product is frozen and spends 30 days in a container en route to China. So there is zero possibility of a live virus from the US showing up in frozen poultry as it has been shipped by ocean carrier half way around the world.”

Dr. Martin Wiedmann, a food safety professor at Cornell University at Ithaca, New York, remarked: “There’s no food safety issue here. Covid-19 transmission is person-to-person. If you have an outbreak like you had [in Beijing], then it happened person-to-person. You don’t get 200 people sick from some imported food.”

Meanwhile, a number of USAPEEC members were asked late last week by their Chinese importers to provide a letter attesting that the products they ship to the PRC are not at risk for Covid-19, and that they are following the guidelines of the Food and Agriculture Organization of the United Nations (FAO), the World Health Organization and China.

Similar requests were sent to a cross-section of other suppliers of meat and seafood from around the world, including Canadian shippers of lobster who have been asked not only to sign a declaration that their product is free of Covid-19, but also to assume liability should the virus is detected in China.

“Absolutely under no condition would we sign anything,” said Osborne Burke, general manager of Victoria Co-op Fisheries, a Cape Breton company that ships frozen lobster to the PRC.

Burke, who is also president of the Nova Scotia Seafood Alliance, added: “We’re not going to ship to particular customers that require something that will place us under Chinese rules and regulations with no control after the product leaves Canada as to who’s handled it, how they’ve handled it and who can potentially contaminate it on the other side of the world.”

While some companies in the United States and in other countries already have reportedly signed the Covid-free declaration already, the USDA is now advising that such a statement not be signed.

Global Affairs Canada (GAC), the Ottawa-based federal agency in charge of managing trade and diplomatic relations, has offered no advice to the nation’s lobster exporters. When asked whether shippers should comply with China’s request, GAC Director Callie Stewart replied by e-mail as follows:

“At the moment, as the request came directly to the industry from industry, the Canadian Food Inspection Agency (who are the government of Canada lead on this) have left it to the discretion of the associations/exporters to decide if they want to sign them or not. We are aware some associations have already signed them.”

Outbreaks of coronavirus infections elsewhere have prompted the Chinese government to also halt imports of beef from Agra Agroindustrial De Alimentos S.A. (AGRA) of Brazil and from the pork processing giant Tönnies in Germany. In Britain, Tulip, a division of Pilgrim’s Pride Corp., has voluntarily stopped pork exports to the PRC from its Tipton plant in the West Midlands due to coronavirus contagion. 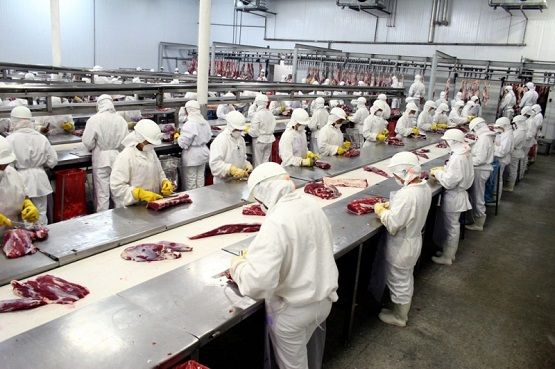 The AGRA slaughterhouse in Rondonópolis was closed on June 18 after several of employees tested positive for the virus. The cases, according to the Department of Collective Health, were being monitored, but more vigorous measures had to be taken after the numbers rose in the past few days. More than 900 employees are undergoing medical examinations, and the slaughterhouse, which is one of the largest in Brazil, will not reopen until further notice.

An outbreak at the Tönnies Group meat packing plant in Gütersloh, a city in the western state of North Rhine-Westphalia, had infected 1,331 workers with coronavirus as of June 20. Schools and day care centers were shut down in the region to guard against further spread of the bug, and Army medical teams and other units have been dispatched to assist in testing residents for the potentially deadly virus. Since June 19 more than 5,000 tests have been administered. 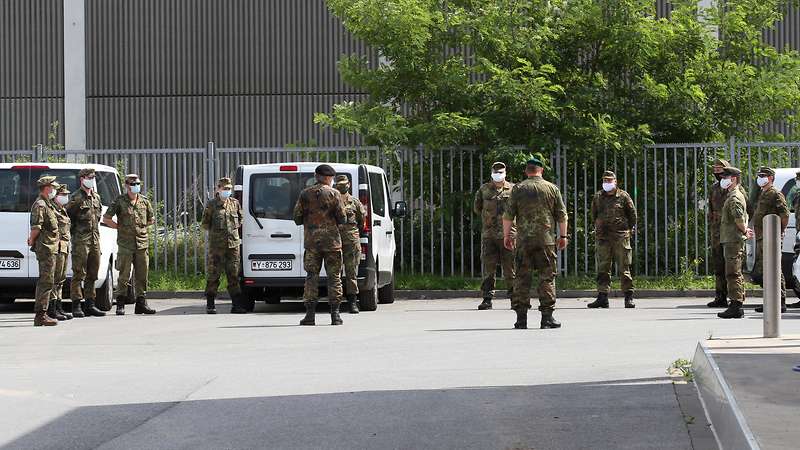 Managing Partner Clemens Tönnies said the company would pay for comprehensive coronavirus testing in Gütersloh to compensate the local community.

The Rheda-Wiedenbrück-headquartered group is split into eight divisions: Meat Pork, Meat Beef, Convenience, Sausages, Ingredients, International, Logistics and Central Services. Employing upwards of 16,500 people and typically exporting about 50% of its daily output of approximately 850 tons of frozen and refrigerated meat, the company rang up sales of €6.65 billion in 2018, and claims 27% of the German market.

In September of 2019 it launched a joint venture with the Chengdu, China-headquartered West Hope Group, parent of the Dekon Group, to construct a state-of-the-art hog slaughtering and butchering center in the Sichuan region of the PRC. Initial capacity will be in the range of two million pigs per annum, with phase two boosting throughput to six million.

PRC Market is Hungry for Meat

Meat imports by China, which has struggled with domestic pork production in recent years due to vast culling of pig populations infected with African Swine Fever, jumped by 73.4% in volume during the first five months of 2020 to 3.85 million tons. Imports in April soared to 400,000 tons as domestic output plunged.

In other news on the global meat supply front, it was reported on June 22 that inventories of frozen pork in the United States dropped by more than ever in May as coronavirus infections among processing plant employees reduced production and put upward pressure on prices.

According to USDA statistics, cold storage holdings of approximately 467 million pounds of pork as of May 31 were down by 24% from the previous month and off 26% from a year earlier. Inventory reportedly fell by144 million pounds from month to month, compared to a typical drop of 15 million pounds. The record decline saw stocks at their lowest level since August 2011, while prices advanced by more than 40%. 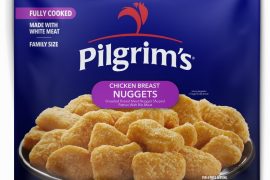 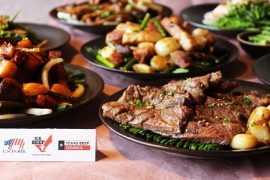