A lack of space to accommodate incoming refrigerated containers at ports in mainland China has resulted in ships carrying upwards of 400 containers of frozen poultry from the USA being diverted to Hong Kong, Taiwan, South Korea and Vietnam, according to Reuters. This trade flow disruption is fallout from the spread of the deadly coronavirus (Covid-19), which has been attributed to 1,770 deaths and the sickening of 70,548 people in the PRC. The ongoing health crisis has resulted in the placement of imports of medical suppliers, frozen and refrigerated pork (in short supply due to a huge culling of pigs infected with African swine fever last year) and other high priority cargo at the front of the queue.

Reuters quoted Jim Sumner, president of the USA Poultry and Egg Export Council, as reporting that Chinese ports currently lack space for refrigerated containers, which must be plugged into electric power connections once offloaded from vessels. The diverted shipments include chicken and turkey meat as well as chicken feet.

Meanwhile, on February 14 the PRC central government in Beijing lifted a ban on live poultry imports from the United States, as phase one of a recently signed trade deal with Washington took effect. It just so happened not long after deadly H5N1 bird flu was detected in Hunan Province on February 1 and again in Sichuan Province eight days later.

According to a statement issued by China’s Agriculture Ministry, “The outbreak occurred at a farm in the Shuangqing district of Shaoyang City. The farm had 7,850 chickens, and 4,500 of the chickens have died from the disease. Local authorities culled 17,828 poultry after the outbreak was discovered.”

The outbreak in Sichuan Province on February 8 reportedly killed 1,450 chickens, after which another 2,261 were culled. 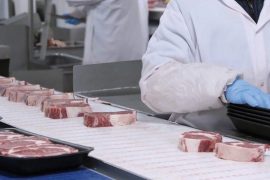 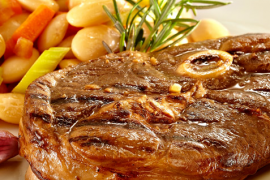 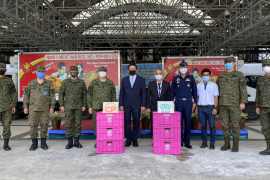