Seafood Expo Global is the latest trade show casualty of the novel coronavirus pandemic that has claimed the lives of at least 4,292 people as of March 11 and placed the world economy on the brink of recession since its outbreak in Hubei Province, China late last year. Diversified Communications, producer of the exhibition set for April 21-23 in Brussels, suspended the annual event’s 28th running one week after calling off the 39th edition of the Boston Seafood Show slated for March 15-17.

In a statement issued on March 10, Diversified Vice President Liz Plizga said the “very difficult decision” was made “due to the magnitude of the unanticipated public health and safety issues posed by the rapidly escalating Covid-19 outbreaks and contagion.”

On the same day there were already 267 confirmed cases of novel coronavirus, while thankfully no fatalities, recorded in Belgium. Italy, where 631 deaths and 10,149 infections have been attributed to the pneumonia-like symptoms of Covid-19, has been placed under an emergency lockdown to prevent the further transmission of the illness. Elsewhere in continental Europe, the death toll has reached 36 in Spain, 30 in France, four in the Netherlands and two in Germany. More than 8,000 cases have been reported in Iran, where the number of dead is approaching 300.

China, where the contagion began but the origin of the zoonotic disease’s jump from animals to humans has not yet been pinpointed, has borne the brunt of the calamity. While there currently appears to be a downward trend in newly documented infections, figures from the World Health Organization (WHO) and the Chinese National Health Commission (NHC) put the number of deaths and confirmed cases in the PRC at 3,158 and 80,778, respectively. That equates to approximately 73% of total global fatalities of 4,292 and nearly 68% of documented infections of 117,747.

“The Belgium government has affirmed the risk the outbreak poses with its issuance today of advice to cancel indoor events with more than 1,000 people to contain the spread of the new coronavirus,” said Diversified’s Plizga. “In order to preserve business continuity for our community [in the seafood industry], we will inform you directly of the new 2020 dates by no later than 18 March 2020 and will post the dates on our website as well.”

So, considering that the 2016 edition of Seafood Expo Global went off with delay not long after an ISIS bombing attack killed 35 people and wounded more than 300 in Brussels four years ago, it is all too clear that that the WHO’s warning that viral outbreaks can be “more powerful in creating political, social and economic upheaval than any terrorist attack” has much merit.

Last year’s record-breaking Seafood Expo Global, which was held jointly with Seafood Processing Global in Brussels, attracted more than 29,000 visitors and over 2,000 exhibiting companies from around the planet, making it the largest and most successful event in the expo’s history. In 2021, for the first time, the venue will switch to Spain as the show is scheduled to take place in Barcelona from April 27-29.

It’s been rough sailing for seafood shows organized by Diversified Communications during the past half-year or so. In August of 2019 ongoing political protests punctuated by social unrest in Hong Kong prompted it to cancel the 10th edition of Seafood Expo Asia, which was scheduled to take place September 3-5 at the Convention and Exhibition Center in the Wan Chai commercial district.

Millions of protesters had taken to the streets to demand greater democracy in the Special Administrative Region (SAR) of the People’s Republic of China, situated on the eastern side of the Pearl River estuary. The alpha city is a major financial hub and the Asian headquarters of many multinational companies. Rail and air travel were impeded a number of times, scuffles broke out and tear gas was dispersed by police during crowd control actions.

As pro-democracy actions intensified over the summer and into the fall and winter, the government banned the use of surgical masks and face goggles worn by demonstrators to prevent inhalation and contamination of throat choking, eye-watering crowd control chemical agents as well as disguise their identities. The same government scrambled in February to procure enough facemasks for its citizens to strap on in the ongoing war waged deadly coronavirus outbreaks. Indeed, people around much of the world have been scrambling for the same protective gear as demand quickly outstripped supply in the face of the Covid-19 panic.

Will Remdesivir be a Savior?

Meanwhile, hundreds of virologists, microbiologists and other scientific researchers are working day and night to develop a coronavirus vaccine to stem and reverse the tide of infection. Tests are ongoing at a number of locations around the world, including the Kaiser Permanente Washington Health Research Institute. Disembarked Diamond Princess cruise ship passengers airlifted from Japan and now in quarantine at the University of Nebraska Medical Center (UNMC) are participating in trials for remdesivir. The antiviral drug initially developed for Ebola has shown positive results in animals afflicted with SARS and MERS sicknesses caused by coronaviruses.

“This is not just a remdesivir trial, it will test as many [Covid-19] therapies as possible, and remdesivir is just the first,” explained Dr. Andre Kalil, a professor of medicine in the division of infectious disease at UNMC  “Let’s say a couple of months from now, we realize that remdesivir is a good drug, that it works better than a placebo…Then patients receiving the placebo would be offered the drug and we would move on to test another drug. If remdesivir turns out not to be effective, then we would remove it from the study and bring another drug to test against placebo. It’s a dynamic, fast way to run a randomized trial.”

Godspeed Dr. Kalil! So many people are counting on you, your colleagues and others like them around the world to discover a workable medical solution to the dreaded Covid-19 diseases sooner than later. 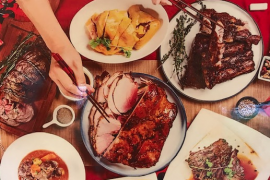 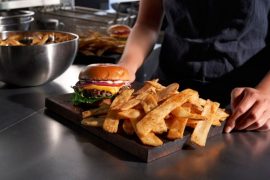