Bangkok-headquartered Charoen Pokphand Foods (CPF), Thailand’s largest agribusiness enterprise and food conglomerate, is ramping up emergency assistance efforts both at home and abroad in the ongoing battle against the killer coronavirus pandemic that has spread from its origin in Wuhan, China to virtually the entire world.

The Armed Forces of the Philippines has received 5,000 dressed chicken from CPF Philippines through the Embassy of Thailand in Manila. The company is a major producer of poultry and seafood, including frozen chicken portions, shrimp, fish and value-added frozen ready meals.

Ambassador of Thailand Vasin Ruangprateepsaeng (pictured above) together with Group Captain Ponlawat Intaravised, Royal Thai Air Force Defense and Air Attaché, and Sakol Cheevakoset, vice chairman of CPF Philippines, presented over 5,000 dressed chickens to Deputy Chief of Staff for Civil Military Operations Major General Edgardo De Leon to support soldiers who are in the frontlines implementing the Enhanced Community Quarantine of Luzon in support to the Inter-Agency Task Force on Management of Emerging Infectious Diseases. The handover ceremony (pictured above) was held at the General Headquarters, Armed Forces of the Philippines, Camp Aguinaldo, Quezon City.

In Thailand, CPF recently donated 5.7 million baht to the Ramathibodi Foundation in support of the purchase of medical equipment and supplies for use by Ramathibodi Hospital personnel treating Covid-19 victims. The donation was made under the patronage of Her Royal Highness Princess Maha Chakri Sirindhorn.

Aiding the Effort in Vietnam 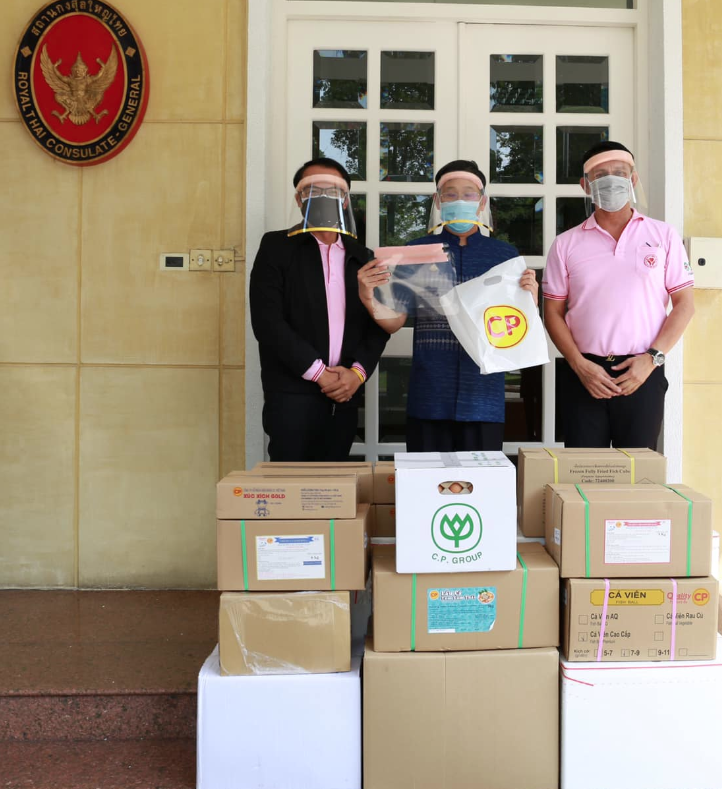