Enlightened Ice Cream has added to its portfolio of frozen mini desserts with the launch of Greek Yogurt Cheesecakes. Available in two flavors, Original and Dark Chocolate, the brand draws upon its New York City roots to offer rich and creamy New York-style cheesecake with a graham cracker crust and a dollop of whipped cream. In comparison with like products on the market, Enlightened’s Greek Yogurt Cheesecakes have up to 50 percent less sugar.

“We’re so excited to build upon our existing cheesecake line with the addition of Greek yogurt, a key ingredient also included in two of our new Sundae Cone flavors,” said Michael Shoretz, the company’s founder and chief executive officer. “Consumers love Greek yogurt for its protein and probiotics.”

Enlightened first unveiled its mini cheesecake range in 2020 and has since continued to roll out indulgent and satisfying lower sugar desserts. Most recently, the brand launched a first-of-its-kind lower sugar Sundae Cone collection and Ready-to-Cake Cookies with no added sugar.

Priced at $5.99 per 5.6 oz (160g) twin-pack, shoppers can find the new cheesecake offerings at Lowes Foods, United Supermarkets, Food City, HEB and other retail stores, as well as online. 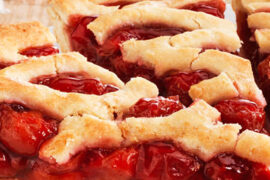 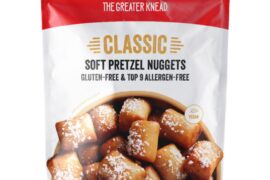 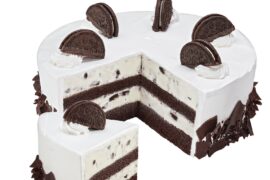