US Transportation Secretary Elaine Chao’s announcement of a $21 million federal grant to the Alaska Energy Authority is expected to pave the way for construction of a 190,000-square-foot refrigerated warehouse operated by Alaska Cargo and Cold Storage (ACCS) at Ted Stevens Anchorage International Airport (TSAIA). The facility will benefit seafood companies in need of additional space at the site for processing, packaging, storage and transport to domestic and foreign markets.

US Senators Lisa Murkowski and Dan Sullivan, along with Congressman Don Young (all Republicans), thanked Secretary Chao for awarding a the Better Utilizing Investment to Leverage Development (BUILD) grant. The Alaska congressional delegation wrote a letter to Chao in May advocating for TSAIA to receive the funding.

“As a member of the Senate Appropriations Committee, I’ve worked hard to secure funding to support the BUILD Grants program. The positive impacts it has had on Alaska over the years are significant. I join the rest of the Alaska Delegation in applauding today’s announcement and thank Secretary Chao for investing in the future of our state,” said Senator Murkowski. “This new transfer facility will improve shipping capabilities, strengthen Alaska’s supply chain security, and provide much-needed jobs for Alaskans. With Ted Stevens Anchorage International Airport having recently been recorded among the busiest in the world, this news could not be more timely.”

“The Covid-19 pandemic has shown us just how important it is for our country to have secure and reliable supply chains, and Ted Stevens Anchorage International Airport has served as an indispensable link in these global chains for decades,” added Senator Sullivan. “To better meet the needs of our nation and the expected demands of global commerce, this critical piece of infrastructure is due for a dramatic expansion in storage capacity, particularly the ability to store cold freight during all seasons. I thank Secretary Chao and the Transportation Department for recognizing the benefits of having TSAIA serve as more than a ‘gas and go’ hub, which will help us better secure America’s distribution networks and grow jobs and economic opportunities for Alaskans.”

“I am very pleased that the Department of Transportation is making critical investments in the State of Alaska,” said Congressman Young. “Our state is geographically unique, and Alaskans know how important it is to ensure that temperature-sensitive goods, foods, and other items can safely and effectively make their way to Alaska and our rural communities. In April, the Anchorage Airport was recorded as the busiest in the world, which makes reliable cold storage facilities even more important for the global movement of cargo.”

Ted Stevens Anchorage International Airport is one of the busiest cargo airports in the world due, in large part, to its central position on the shortest flying routes between the United States and countries in the Far East. Air cargo carriers are able to transport freight more efficiently and cost-effectively by stopping along this route to refuel at TSAIA.

Although roughly two-thirds of cargo freighters and half of the total cargo flown between the US and Asia transit through TSAIA, only a small fraction of the cargo ever leaves the aircraft for storage or sorting at the airport itself. Anchorage currently has limited capacity for cold storage, causing many carriers to depend on other states for such facilities.

The proposed cold storage facility, and other planned expansions, would increasingly enable air cargo carriers to both refuel at TSAIA and store or sort freight for shipment directly to more destinations, rather than adding a stop for sorting at a second domestic airport.

The cold storage facility is the first phase of a planned 715,000 square-foot cargo transfer and storage facility at TSAIA. Upon completion, the warehouse could create approximately 100 jobs, while the construction phase of the larger is expected to provide employment for about 800 people, according to an Alaska Daily New report. 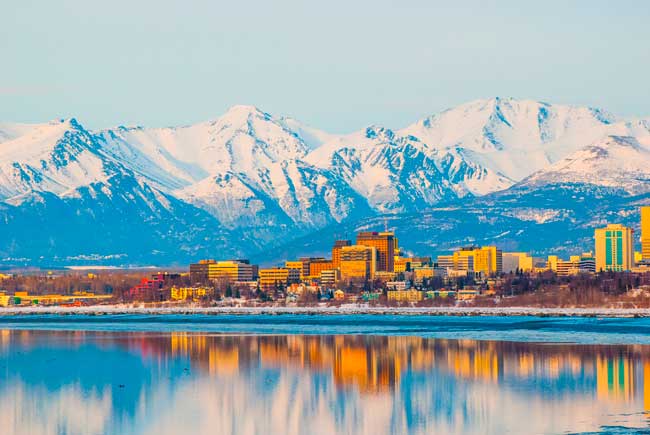 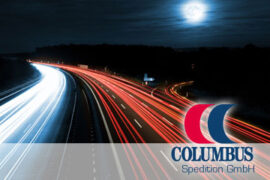 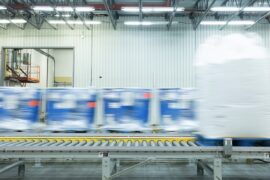 Vertical Cold Storage Will Start with Operations in Nebraska and Kansas