The value of Norwegian seafood exports have fallen for the second month in a row, attributed in large part to impact of lockdowns, social distancing and other restrictions imposed by governments around the world attempting to control the spread of novel coronavirus. Frozen cod, fillets and shrimp sales results, however, were positive.

“The decline in export value is due to losing the restaurant segment in several markets. In addition, we are experiencing increased freight costs because many passenger aircraft that previously carried fresh seafood are now grounded. A further factor impacting export value is weakening purchasing power and considerable uncertainty throughout the value chain and in individual markets,” said Tom-Jørgen Gangsø, director of market insight and market access at the Tromsø-based Norwegian Seafood Council (NSC).

On the other hand, Gangsø reported that many more people are buying seafood in grocery stores and other retail outlets, and cooking it at home themselves.

“This change in consumption can make a positive contribution in the longer term, as the threshold for making seafood at home is now lower. In addition, if our most important markets open in the future, this can strengthen the demand for Norwegian seafood,” said the director. 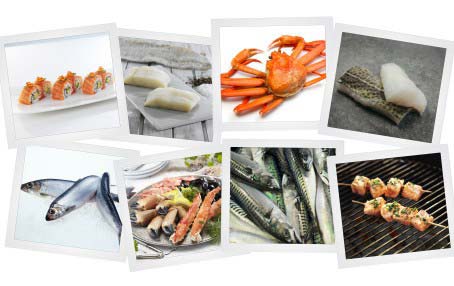 Declines for Salmon, Clipfish and Shellfish

In April, Norway experienced a reduction in seafood export value for the first time in 18 months. The further decline in May was due to three main factors: fall in sale of fresh whole salmon; challenging conditions in clipfish markets; lower export volume of prawns and king crab.

“The negative effects of the measures against the coronavirus appear to be gradually reducing for salmon exports. At the same time, we see significant challenges in our most important markets for conventional cod products and for shellfish exports, especially in recent months,” said Gangsø.

Although there was a fall in value in April and May, seafood exports in January, February and March contributed to overall growth in export value in 2020. So far this year, shipments abroad have fetched NOK 44.6 billion. This is an increase in value of NOK 1.5 billion, or 3 per cent, compared to the same period last year.

Broadly speaking, herring and mackerel account for two-thirds of the value increase so far this year, while salmon and trout account for one-third of the increase.

“There has been a strong demand for pelagic products in 2020,” said Gangsø. “For herring, which is often marketed as products with a long shelf life, we see an increase in grocery sales in important markets such as Germany. For mackerel, the value increase is due to larger quotas, increased landings in Norway by foreign vessels and good demand in core markets such as Japan and South Korea. Although there has been a decline in salmon and trout exports in the last two months, the year started off strongly. That is the reason for the growth in value so far.”

In May, 85,000 tons of salmon were exported at a value of NOK 5.7 billion. This is a 5 per cent reduction in volume, while export value fell by NOK 312 million, or 5 per cent, compared to May last year. The average price for whole salmon in May was NOK 60.65 per kg, compared to NOK 62.13 per kg in May last year. Poland, France and Denmark were the largest markets for Norwegian salmon in May.

So far this year, 419,000 tons of salmon have been exported, worth NOK 29.3 billion. The volume is at the same level as last year, while export value has increased by NOK 476 million, or 2 per cent.

“The 14 per cent fall in value that we experienced for salmon exports in April was reduced to 5 per cent in May. We saw, among other things, strong growth in exports to France and to the processing markets of Poland and Denmark, which primarily supply processed salmon to the German market,” says NSC seafood analyst Paul T. Aandahl. 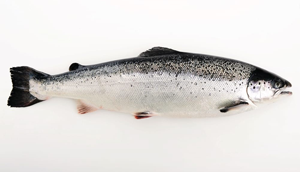 In March and April, exports of salmon to France declined by 11 and 12 per cent, respectively. In May, the negative trend turned around as export volume increased by 4 per cent, to 8,976 tons.

“At the beginning of the year, salmon exports to France were at a higher level than in the same period last year,” said Trine Horne, the Norwegian Seafood Council’s fisheries envoy in that country. “In March the coronavirus crisis came, and we experienced a fall in exports both March and April. After freedom of movement was restored on May 11, the export volumes to France have increased. We can expect a further increase, as restaurants throughout much France reopen on June 2. In the Paris region, which is a populous area, there are currently only open-air restaurants that are open.”Lower Demand for Trout

So far this year, 25,200 tons of trout have been exported, fetching NOK 1.5 billion. This is a gain in volume of 31 per cent, while the value increased by NOK 156 million, or 12 per cent. Ukraine, the United States and Japan were the largest markets for trout exports in May. 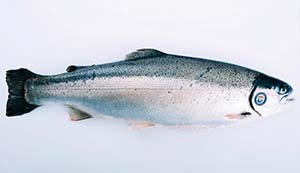 Growth in Value for Frozen Cod

Approximately 4,400 tons of fresh cod were exported at a value of NOK 171 million. This represents an increase in volume of 10 per cent, while export value has increased by NOK 3 million, or 2 per cent, compared to May of last year.

So far this year, 34,600 tons of fresh cod have been exported, worth NOK 1.6 billion. Export volume has declined by 8 per cent, while value fell by NOK 29 million, or 2 per cent. Denmark, Poland and Sweden were the largest markets for Norwegian fresh cod in May.

In May, 5,400 tons of frozen cod were exported to a value of NOK 259 million. There is an increase in volume of 4 per cent, while the value increased by NOK 35 million, or 16 per cent.

So far this year, 34,000 tons of frozen cod have been exported at a value of NOK 1.6 billion. There is a 6 per cent reduction in volume, while the value increased by NOK 85 million, or 6 per cent. China, the United Kingdom and France were the largest recipients of frozen cod in May.

“Both market insight and our panel data show that frozen and prepared products in particular have seen growth during the corona crisis. The reason for this is a combination of closed fresh fish counters in supermarkets and the need to buy products that can be stored. We also see this from export statistics, where the frozen fillets share has grown in the last two months,” said NSC seafood analyst Ingrid Kristine Pettersen.

In May, France was one of the largest markets for frozen cod. In the period from Weeks 9 to 16, home consumption of prepared cod products increased by 15 per cent in France, compared with the corresponding period in 2019.

“France is traditionally a fresh seafood market, but an unavailability of fresh produce led to a decline in fresh fillets of cod in the grocery segment. At the same time, we are seeing significant growth for frozen fillets and prepared products. As the restaurants start to open again, the prospects for fresh whitefish products look bright,” said Horne.

So far this year, 32,500 tons of clipfish have been exported at a value of NOK 1.7 billion. This represents a 10 per cent reduction in volume, while value remains at the same level as last year. Portugal, the Dominican Republic and Congo-Brazzaville were the most important markets in May.

“Lower demand in both the Portuguese and Brazilian markets helps explain the decline for clipfish and saltfish in May. At the same time, there has been volume growth throughout May for saithe clipfish due to stable demand in the Caribbean and West Africa. Brazil has traditionally taken around 20 percent of the clipfish exports in the last half of the year, but for now prospects are more uncertain,” said Pettersen.

Brazil is a very important clipfish market for Norway. In May, exports of saithe clipfish were worth NOK 1.7 million. In comparison, in May 2019, clipfish sales to Brazil generated NOK 26 million in revenue.

“Brazil is now experiencing three crises simultaneously – social, economic and political,” said Øystein Valanes, NSC’s fisheries envoy to that country. “This is expected to affect the economy and demand for a long time to come. The coronavirus crisis puts the health system under continuing pressure, and people are staying home in fear of getting sick. Falling oil prices and weakening of the Brazilian real against the US dollar make imported goods 40 per cent more expensive, including clipfish. Political turmoil has also created public anxiety and uncertainty about the fundamentals of Brazil’s economy.”

So far this year, 14,400 tons of saltfish have been exported at a value of NOK 905 million. There is an increase in volume of 3 per cent, while the value rose by NOK 107 million, or 13 per cent. Portugal, Spain and Canada were the most important export markets in May.

Big Gains for Herring and Mackerel

Upwards of 10,800 tons of herring were exported in May, fetching value of NOK 151 million. There is a 6 per cent reduction in volume, while the value increased by NOK 25 million, or 20 per cent.So far this year, 134,000 tons of herring worth NOK 1.5 billion have been shipped. There has been an increase in volume of 5 per cent, while export value has risen by NOK 436 million, or 40 per cent. Poland, Belarus and Egypt were the main markets for herring exports in May.

Approximately 12,800 tons of mackerel were exported last month, worth NOK 239 million. Volume increased by 23 per cent, while value rose by NOK 57 million, or 31 per cent.

So far this year, 108,000 tons of mackerel have been exported at a value of NOK 1.9 billion. This is an increase in volume of 50 per cent, while the value rose by NOK 634 million, or 52 per cent. South Korea, Japan and China were the largest export destinations for mackerel in May.

Good Demand Throughout the Year

May is traditionally a low season for the export of herring and mackerel. Sales of herring normally increase somewhat in June, but the largest spikes in demand come in the fall.

So far this year, 4,500 tons of prawns have been exported at a value of NOK 368 million. This is a 28 per cent reduction in volume, while the value fell by NOK 83 million, or 18 per cent. Sweden, the Netherlands and Finland were the largest export markets in May. 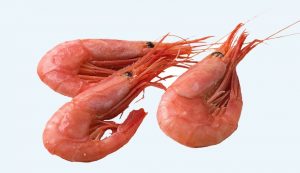 In a demanding export market for Norwegian seafood, there is one country that stands out positively. The export value of shrimp to China in May was the largest ever measured. There has been a notable rise in frozen and peeled shrimp in particular.

“There has been increased online shopping and greater opportunities for consumers to explore seafood products for home cooking. As daily life is largely back, shrimp restaurant consumption has also picked up”, said Victoria Braathen, NSC’s fisheries envoy to the PRC. “This spring, together with the industry, the Norwegian Seafood Council has launched an investment program to support exporters to the Chinese market for Norwegian shellfish and shrimp.”

Noting that demand for coldwater shrimp has increased in recent years, she added: “The development we are seeing now provides a very good starting point for further market work for Norwegian shrimp in China.”

Norwegian King Crab exports of 46 tons fetched NOK 16 million. This is a 60 per cent reduction in volume, while the value declined by NOK 23 million, or 59 per cent, from May of 2019.

So far this year, 503 tons of king crab have been exported at a value of NOK 171 million. This is a 30 per cent reduction in volume, while value fell by NOK 52 million, or 23 per cent. South Korea, Hong Kong and Vietnam were the largest markets for Norwegian king crab in May. 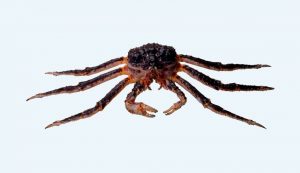 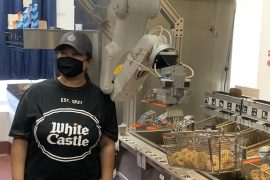 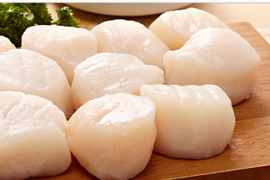 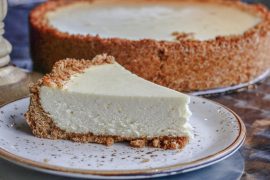