Garden Protein International, Inc. – the producer of gardein, a plant-based protein brand currently sold in over 20,000 stores in North America – has announced the launch of Golden Fishless Filet. Distributed frozen, the crispy and breaded fish-free product is being introduced at Natural Products Expo West 2014 in Anaheim, California, March 7-9. 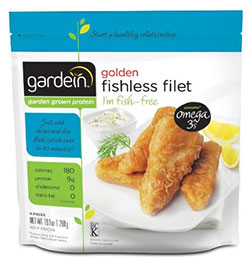 Each 96-gram serving of the golden fishless filet contains 32 milligrams of EPA and DHA omega-3 fatty acids. At only 180 calories, each two-piece serving contains nine grams of protein and is made with non-GMO soy, wheat and canola oil. The cholesterol-free, vegan and kosher filets are promoted as a healthy and convenient filling for tacos and sandwiches, as a snack served with fries and coleslaw, or a center-of-plate dinner option served with rice and vegetables.

“Our consumers were asking for a meatless product that would replicate the classic fish and chips meal,” said Yves Potvin, founder of Vancouver, British Columbia, Canada-headquartered gardein. “We spent a lot of time perfecting the flaky, moist texture on the inside and the crispy coating on the outside. I believe we’ve done it.” 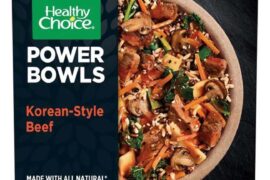 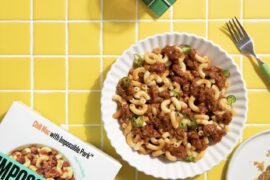 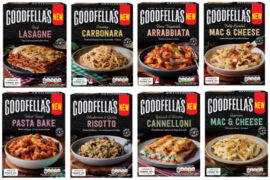