As usual, the Deutsches Tiefkühlinstitut (dti) will have its plate full during the Anuga food fair in Cologne. On top of meeting and greeting visitors and receiving members at Stand Bll/C10 in Hall 4.2 from October 5-9, it will be engaged in culinary demonstrations, participating in guided tours and presenting prizes.

On Tuesday, October 8, members of Germany’s Berlin-headquartered frozen food trade association will join Chef Andreas Scholz, kitchen director of the Hotel Esperanto in Fulda, as he prepares trendy dishes made from frozen ingredients. The gastronomy guru will offer tips and tricks from his extensive menu of “1,001 possibilities for the creative use of frozen products.”

Those attending the live demonstration from 3:30 to 4:30 PM at the Anuga Culinary Stage (Hall 7, Stand B128/E229) will be served samples of the chef’s tasty culinary creations during and after the event.

It should be noted that the dti will for the first time at the dhow be represented at the DEHOGA Food Service Marketplace in Anuga Culinary Concepts, where it will present useful digital information to chefs from the TK-PEDIA knowledge database.

On Sunday, October 6, dti will partner with Nutrimarketing to jointly conduct an Anuga VIP Frozen Food Trend Tour at the fairgrounds. International product trends will be highlighted. Advance registration is required to participate, so contact the show organizer or ring dti at +49 30 2 80 93 62 0.

The main event for dti is Tiefkühl Star Night, set to begin at 5:45 PM on Monday, October 7, in the Kristallsaal located in Congress Center East. During the course of the evening managers of the best retail frozen food departments at German supermarkets and grocery stores will be honored with prizes. 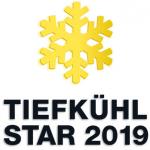 This is the fourth running of the event, which followed in the footsteps of the Golden Ice Crystal Awards Night originated by the former Quick Frozen Foods International magazine. Key members of that team went on to launch FrozenFoodsBiz.com, a digital media platform that provides the frozen foods industry with timely news and information.

Before prizes are awarded at the Tiefkühl Star Night gathering, Fabio Ziemssen, director of food innovation at Metro AG in Düsseldorf, will deliver a lecture entitled “Future Food – Which New Technologies of the Food Industry You Should Keep an Eye On.”

At 46.3 kg, per capita consumption also remains at a high level. Last year, the consumption of frozen food per household in Germany rose to an average of 93.4 kilograms (92.8 kg in 2017).

The frozen food sector also experienced growth in the out-of-home market. Sales to professional users rose by 1.8% to 1.925 million tons (vs. 1,890 million tons in 2017), according to dti. This corresponds to turnover of €6.77 billion (up 3.4% compared to the previous year).