Recent attacks in the French capital perpetrated by Islamic State (Daesh) terrorists, in which at least 130 people were killed in three assaults, will not prevent the Food Ingredients Europe exhibition (Fi) from taking place as scheduled, December 1-3, at Paris Nord Villepinte.

“We understand that the tragic events that took place in Paris on Friday, 13 November, are concerning for everyone. The security, safety and comfort of all our exhibitors, visitors, staff and all personnel at Fi Europe is paramount. To increase the comfort and safety of all those attending, we have placed additional security measures onsite,” announced the show organizer, Amsterdam-based UBM.

Security guards will be on the scene to check the bags and clothing of visitors accessing the venue, where scanner and airport-style metal detectors will be in place at entrances, and guards with dogs will patrol parking lots around the clock throughout the show dates and during the time that stands are built up. Furthermore, the passage of all cars, trucks and other vehicles, as well as foot traffic will be closely scrutinized by fairgrounds security personnel in coordination with local authorities.

Meanwhile, visitor registrations continue to be “very strong,” according to UBM, which reports that last week more than 2,500 new registrations were processed. Currently 22,046 delegates have pre-registered to attend to show, which is 6% ahead of registrations in hand for the 2013 edition during the same period.

More than 250 Chinese companies will hold forth in the China Pavilion, displaying product innovations ranging from natural food colorants and sweeteners including Stevia and Stevia extracts, to proteins and fibers such as soy and pea, as well as dehydrated vegetables and food additives. Among companies exhibiting will be COFCO, Weifang Ensign, Fooding Group, RZBC Group, FREDA, Guoxin Union, TTCA, Kunda, Novanat, Changmao, Yuwang and Reephos.

According to Fi Europe Brand Director Richard Joyce, Chinese food ingredients are playing a key role in the global food and beverage market now more than ever. He commented: “The variety and high quality products coming from Chinese suppliers is something we’ve seen grow during the last few years, and such suppliers are a critical part of Fi Europe for our visitors. More importantly, now for a large number of leading Chinese ingredient suppliers, Fi Europe has become their route to the European food market – helping them grow their business and compete with global competitors.”

More information about the show is available by visiting the organizer’s website: www.figlobal.com. 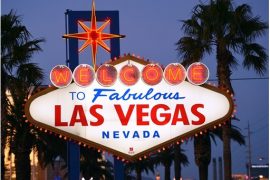 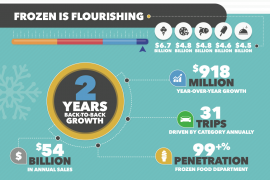 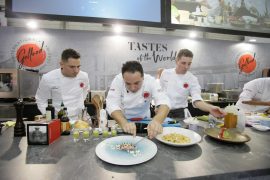