Starting off the New Year with a bang, Lamb Weston reported on January 3 that sales of its frozen french fries and other value-added potato products generated a 12% net gain of $108.8 million to boost turnover to almost $1.02 billion during the second quarter of fiscal 2020.

Impressive Q2 and half-year results (+10% year-on-year to over $2 billion) prompted the Eagle, Idaho, USA-headquartered multinational company to adjust its annual revenue growth and earnings before interest, taxes and amortization (EBITA) target range to between $965 million and $985 million for the full year – up from a previous forecast of $950 million to $970 million.

Receipts in both domestic and international markets were above historical averages. Second quarter EBITDA, including unconsolidated joint ventures, increased 17% while adjusted diluted earnings per share rose 19%. In the first half of the year, $345 million of cash flow was realized from operations.

“In the second quarter, we delivered strong sales, volume and earnings growth across each of our core business segments by continuing to execute well across the organization,” said President and CEO Tom Werner during an earnings call with stock analysts and investors on Friday. “We’re generating strong cash flow, and we’re investing that cash back into the business to support customer growth, improve manufacturing operations and systems, and bolster our presence in key markets such as Australia and South America. We’re also returning more cash to shareholders, including recently raising our quarterly dividend by 15%.”

Volume in the second quarter advanced 10%, primarily driven by growth in global and foodservice segments, in addition to an approximate 1.5% benefit from acquisitions. The positive sales figures were attributed to a price/mix increase of 2%, two extra shipping days related to the Thanksgiving holiday in the United States, and greater foot traffic in quick service restaurants worldwide spurred in part by growth at chicken-based outlets in the USA.

“So, putting it all together, EBITDA, including joint ventures, increased $38 million or 17% to $261 million,” said McNutt. “Operating gains by our base business along with contributions from the BSW consolidation and the Australian acquisitions drove about $32 million of EBITDA growth. Our unconsolidated joint ventures added about $6 million.”

Listed on the cost side of the ledger were input inflation items, higher manufacturing expenditures due to inefficiencies driven mainly by maintenance and related charges, and greater depreciation expenses primarily associated with the company’s french fry production line in Hermiston, Oregon.

Net sales for the global segment, which is comprised of “Top 100” North America-based restaurant chain customers as well as the international business operations, increased $69.6 million to $539.6 million – up 15% compared to the prior year period. Volume rose 14% driven by growth in sales, including the benefit of limited time product offerings, to strategic customers in the United States and key international markets, as well as gains from acquisitions and additional shipping days.

Net sales for the foodservice segment, which services distributors and restaurant chains outside the “Top 100” North America-based restaurant chain customers, advanced by $25.2 million to $304.9 million – up 9% compared to the prior year period. 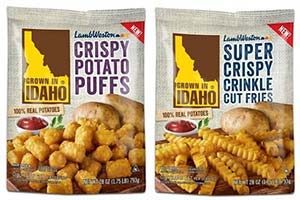 Product contribution margin in the retail segment rose by $2.6 million to $28.5 million – up 10% compared to the prior year period.

“The crop in growing areas in the Columbia Basin and Idaho, where we source the vast majority of our raw potatoes and where we have most of our production facilities, is consistent with historical averages in terms of both yield and quality,” assured the president. “As a result, we expect to operate our plants there at normal utilization rates.” 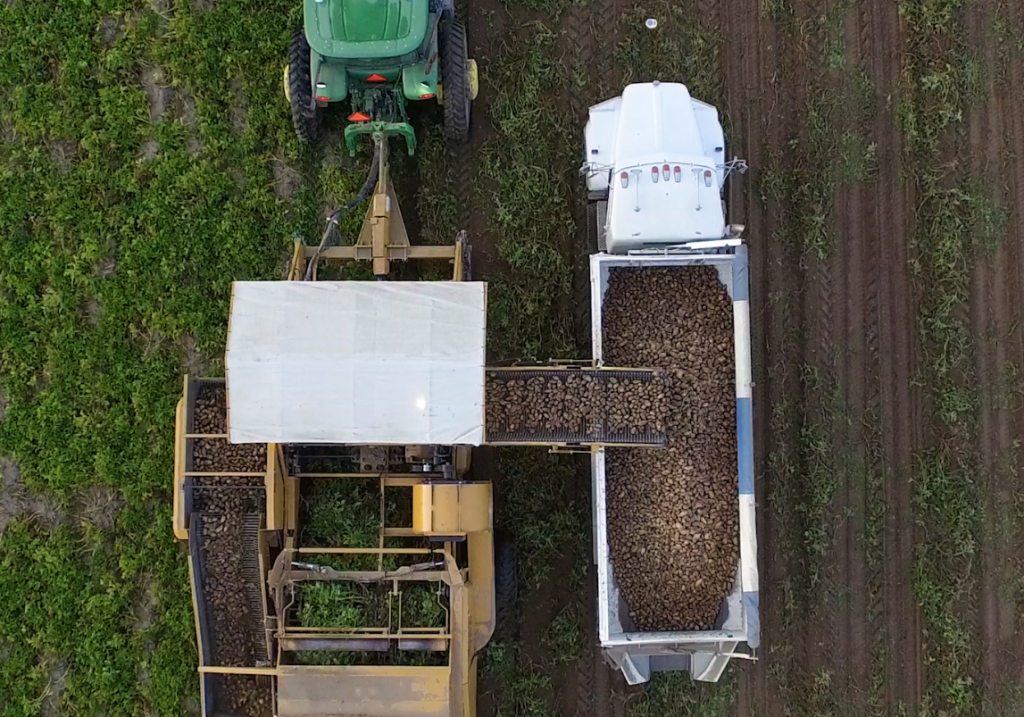 North of the US border in Alberta, Canada, crop yields and quality are below average due to adverse weather conditions during the growing season and harvest periods. However, Lamb Weston has been able to secure enough potatoes to operate its plant in Taber at normal rates. Nonetheless, overall potato availability in the province is limited.

“In Minnesota, where we have a single plant through our joint venture Lamb-Weston/RDO, crop yields and quality are below average, also due to poor weather conditions during the growing season and harvest periods,” said Werner. “As a result, potato availability in the upper Midwest will also be limited. However, our partner in that plant is a primary supplier of raw potatoes and they expect to provide adequate supply for the plant to operate as planned.”

He continued: “Also, we understand that the crops in other key growing regions such as Manitoba and Prince Edward Island are below average due to adverse weather. This limits the availability of potatoes in North America. It’s important to note that we do not currently source raw potatoes from these regions.

“So, let me be clear, given our concentration of processing facilities in the Columbia Basin and Idaho, as well as our strong grower relationships in Alberta and the Midwest, and most importantly, our decision to source open potatoes several months ago, we’re confident that we have raw potatoes to deliver our volume growth targets for the remainder of our fiscal year.

“However, potato supply in North America is tight and this may pressure our ability to pursue incremental volume growth opportunities both domestically and internationally for this crop year. Accordingly, we will continue to evaluate opportunities to improve price and mix in each of our business segments.”

Looking across the Atlantic, the chief executive officer said the potato supply in Europe is also expected to be challenging due to quality and late harvest weather conditions.

“Compared to last year’s historically poor harvest, the potato crops in the Netherlands and Belgium this year are better, but still below average. The crops in Germany, Poland, and the UK are more challenged,” said Werner. “As a result, raw potato prices in Europe remain elevated versus historical averages, but are below prices that we experienced last year. So, we expect that Lamb-Weston/Meijer’s performance will continue to improve compared to last year, as cost pressure ease in the second half of our fiscal year as a result of the new crop.”

With respect to the operating environment, added the chief executive officer, “We believe that industry capacity utilization rates in North America remain elevated during the second quarter and will likely remain so for the remainder of our fiscal year subject to raw potato availability. We believe global demand growth for frozen potato products is generally favorable and will remain so through fiscal 2020.”

Looking ahead, CFO McNutt foresees expansion in the 7% range. He stated: “We’re anticipating a return to more normal growth rates in the back half of the year, where we had accelerated growth rates, especially in our international business in the global segment.”

As for global contract negotiations, CEO Werner commented: “It’s going to be pretty stable for the balance of the year and I would say, remember when we have international volume growth like we have, it’s been ahead of where we projected. Pricing in international markets is different than our pricing in North American markets. So, you get a dilutive pricing factor in that.”

All in all the future looks bright, the chief executive officer emphasized when addressing an earnings call question from Adam Samuelson of Goldman Sachs about the impact of potato crop shortfalls in different parts of North America.

“It’s really a little bit early to speculate on what’s going to happen,” said Werner. “But the most important thing for us is we are well positioned with the raw potatoes that we’ve secured, as we got ahead of it. So, we’re going to take care of all of our customers’ needs.” 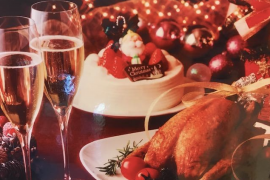 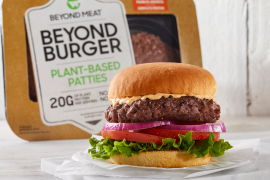 Beyond Meat Sales Sizzle, Shares Fizzle – So it’s Time to ‘Beef Up’ Production to Meet Demand 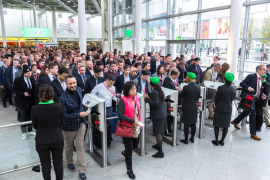