A new study from the Hong Kong Trade Development Council (HKTDC) reports that total exports of processed food and beverages from the special administrative region of the PRC edged up 1% in 2018 to reach HK $69.3 billion, or approximately US $9 billion. Mainland China was the largest market for such products, accounting for 41% of the total, followed by Vietnam at 20%.

The food and beverage (F&B) industry in Hong Kong largely centers on re-export activities, which accounted for more than 90% of its total exports in this arena last year. There were 1,491 manufacturing companies employing 30,673 people active in the sector during March of 2019.

Food and beverages production in Hong Kong is a large-scale business, with most of the output sold locally. Key products include noodles, pasta, biscuits, pastries, cakes and drinks. Other related activities include the canning, freezing and pro­cessing of seafood (fish, shrimps, prawns and crustaceans), the manufacture of ice cream and other dairy products (including yoghurt and milk) and seasonings.

Hong Kong’s foods and condiments, such as soy sauce, oyster sauce and Chinese pastries, have become increasingly popular on the mainland of China and overseas. In response to this, some companies have begun proactively expanding their overseas markets by promoting food and beverages with local characteristics to consumers abroad.

The F&B industry in Hong Kong has attracted substantial foreign investment. A notable example is Japan’s Nissin, which now produces instant noodles at its factory in Tai Po Industrial Estate and is the leading player in region’s instant noodles market. Overseas companies operating in Hong Kong constantly launch localized products, and are highly integrated into the local market.

Large Hong Kong manufacturers have expanded their global networks and set up offices and/or manufacturing plants in several major overseas markets. For example, Lee Kum Kee has factories and regional offices on China’s mainland, in the USA and in Malaysia. Vitasoy has offices and production plants on the mainland as well as in Australia and Singapore. Kampery, which is headquartered in Hong Kong, has also established regional offices on the mainland, as well as in Canada and France.

Many Hong Kong food and beverages manufacturers deal directly with overseas importers and supermarket chains. However, Hong Kong’s F&B trading companies have played a pivotal role in introducing Western foods to mainland consumers, and in assisting smaller producers based locally and on Mainland China to sell abroad.

Many Hong Kong brands have successfully entered overseas markets, where distributors have been engaged to promote sales. These brand players have expanded vigorously into foreign markets and have received increased international recognition. Some companies have also set up overseas factories to produce for, and to serve their local markets. For example, the Vitasoy Group now has production plants in Australia and Singapore, as well as in Hong Kong, Shenzhen, Foshan, Wuhan and Shanghai.

Health and wellness products are being increasingly adapted to meet the expectations of consumers. In particular, ageing populations and a rise in health awareness are creating a receptive environment for products that help people maintain their health. The growth of convenience foods, such as microwaveable and packaged foods, is also promising.

With people becoming more health conscious, organic food is growing in popularity. Organic products are foods produced using “natural” farming methods, which do not involve the use of synthetic pesticides and chemical fertilizers. Growing numbers of consumers have also begun to adopt vegetarian diets in recent years, so plant-based foods are also rising in popularity.

There has been growing concern recently among consumers about allergens in food, such as peanuts, gluten, soybean, eggs and milk, which may trigger allergic reactions. They have begun demanding clearer indications on food packaging to help them select the right foods.

The regulatory approaches on genetically modified (GM) food labeling vary between countries and regions, but can be broadly classified as voluntary or mandatory

Under the voluntary labeling approach, only GM food that is significantly different from its conventional counterpart, in terms of composition, nutritional value and allergenicity, needs to be labeled.

The international community is working towards a consensual policy on GM food labeling. However, the Codex Alimentarius Commission of the United Nations is unlikely to be able to set internationally agreed standards in the near future.

Since the implementation of the third phase of the Mainland and Hong Kong Closer Economic Partnership Arrangement (CEPA III) in January of 2006, all products of Hong Kong origin can be imported into the mainland at a zero tariff. A new Agreement on Trade in Goods, signed between the Hong Kong Special Administrative Region Government and the Ministry of Commerce took effect on January 1, 2019. It enhances the arrangement for rules of origin.

In developed economies like the USA and the EU, there has been a shift in consumer preference in favor of healthy foods, partly because these economies’ ageing populations want easy-to-prepare, high quality nutritional foods to compensate for their lowered taste sensitivity.

Food manufacturers are increasingly introducing products low in cholesterol, carbohydrates or added sugar. Because many consumers want to be healthier and slimmer, multinational companies such as Danone, Unilever and Kraft have developed diet foods that contain added fiber to make the food more filling and delay digestion. Catering to this trend requires food manufacturers to invest more in R&D capabilities and advanced production technology.

Increasing sales of organic food is a major trend in both developed and developing countries. According to the Organic Trade Association of the United States, organic food sales in the USA reached $47 billion in value during 2016, an increase of $4 billion from 2015. The organic food category encompasses a wide range of products, including cheese, meat, wine, spices, nuts and canned goods.

“Organic” generally means food grown or produced without the use of chemical synthetic fertilizers, pesticides and preservatives and unaffected by genetic engineering. Official definitions vary between countries, but usually require high standards in the growing, processing and handling of the produce. Organic foods are increasingly available in supermarkets.

With the rapid growth of economies in a number of Muslim majority countries in recent years, Halal food is becoming a more important market. According to the State of the Global Islamic Economy Report, total global spending by Muslims on Halal food in 2017 amounted to $1.3 trillion, and that figure is projected to increase by an annual average 6.1% to $1.9 trillion in 2023. 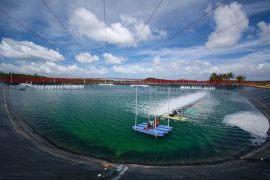 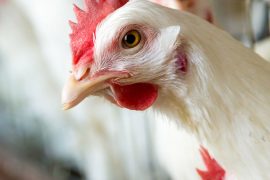 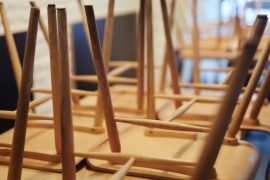