After a week of live streaming Noddy Holder at the Iceland website, where the English musician and actor has been left looking extremely bored in an empty room, the UK frozen food retail chain reveals its “official not-Christmas, Christmas advert,” and it has a clear message for the nation: #NOTYETNODDY. The Deeside, Wales-headquartered supermarket chain and warehouse store operator is making a stand and asks customers to support England and Wales in the World Cup, before celebrating Christmas.

The eccentrically dressed Noddy Holder appears in a festively lit room, preparing for the annual festive holiday that Brits have been counting down for. Noddy proceeds to sing looking pretty chuffed with himself, until the instantly recognizable voice of Brian Blessed interrupts him at ‘It’s Christmaaaa…’ as he stops the announcement by stepping in with the voiceover ‘No, no, no! Not yet Noddy! Don’t you know the football’s on?’ Instead, he goes onto reveal a huge spread of party food bargains that viewer can buy now at Iceland stores.

Caspar Nelson, the chain’s marketing director, explained: “We’ve taken the unusual step of silencing the Christmas legend. With the World Cup having kicked off on Sunday we need the nation to be putting their energy into supporting the England and Wales football teams.”

Iceland’s Land of Party in-store and online frozen food deals costing only £3 per 10-pack include Luxury Hoisin Duck Samosas and Luxury Chicken Tikka Naans. Or get a hattrick of party favorites with any three party food products such as Apple Pie Bites (£2.25, 168g), Bubble Bobble Prawns (£2.25, 150g) and Fish and Chip Cones (£2.25, 235g) for just £5. 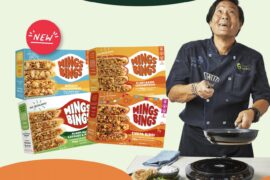 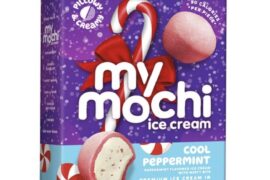 My/Mochi Cool Peppermint Snack Back on Track for Holiday Season