Impossible Foods introduced Impossible Pork and Impossible Sausage at the recently held 2020 Consumer Electronics Show in Las Vegas, and the National Pork Producers Council (NPPC) is not impressed with the debut. As far as the Washington, DC-based trade association is concerned, the Redwood City, California-headquartered company’s naming convention for its plant-based products designed to mimic real pork is a brazen violation of US labeling law.

Citing a statute that prohibits the use of words that redefine pork as it has been known by consumers for centuries, Dr. Dan Kovich, the NPPC’s director of science and technology, issued the following statement:

“What’s impossible is to make pork from plants. This is a brazen attempt to circumvent decades of food labeling law and centuries of precedence. Any adjective placed in front of the word pork can only refine it, not redefine it. It’s not pork. It’s not pork sausage. It can’t be labeled as such.” 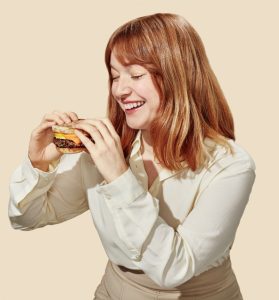 “Impossible Foods cracked meat’s molecular code – starting with ground beef, which is intrinsic to the American market. Now we’re accelerating the expansion of our product portfolio to more of the world’s favorite foods,” stated Brown. “We won’t stop until we eliminate the need for animals in the food chain and make the global food system sustainable.”

Nor will NPPC stop efforts to block what the Council considers faux labeling. Much of the defense plan to protect America’s 60,000 pork producers from what it regards as unfair competition is outlined in a position paper entitled “Meat of the Matter.” Written by Kovich, it is presented largely unedited to FrozenFoodsBiz readers below.

“Alternative Proteins” are a hot topic right now; the media, business and farmers are looking at the future of these products and their potential impact on the animal protein sector. The products fall into two groups: plant-based, which are currently on the market; and “lab grown” or “cultured,” which are derived from animal cells and are still in the development stage. There are companies working in both categories targeting real pork products such as bacon and breakfast sausage. NPPC is focused on the issue and is determined to protect the integrity of traditionally produced, real pork products.

Plant-based products have been around for many years. So why are we talking about them now? Because such products are increasingly trying to mimic the taste, appearance and eating experience of real meat products.

Many of us remember the first “veggie burgers” hitting grocery shelves. Manufacturers of these products wanted to differentiate them from animal protein, and anyone who has tried one knows immediately they are not pork, beef or poultry.

What is new is an expanding range of products that are deliberately formulated to look, taste and smell like the real meat products they are imitating. While the success of these efforts is very debatable, what is not arguable is that in their labeling and marketing of these products manufacturers are trying to blur the distinction between their products and ours. Packages often go so far as to have pictures of animals on them, or use words such as “beefy” in large type (much larger than any indication that the product is plant-based). Many of the products are trying to occupy the best of both worlds, with their manufacturers making broad claims about sustainability and taking issue with animal agriculture while trying to mimic meat on store shelves.

Laboratory Produced or Cultured Products: What’s In a Name?

There are several companies – both new startups and established food companies – trying to bring to market “meat” products produced in laboratories from cell lines of animal origin. Basically, they are growing pig (or cow, chicken or turkey) muscle and fat cell cultures and combining them to create a product meant to mimic ground pork (or beef, or chicken, or turkey).

To date, they have not been able to do this successfully on anything near a commercial scale. The cost is too high, and the production process reportedly too unreliable to bring the products to market. However, companies operating in this space have been able to attract a lot of investment, and they are getting closer to delivering a consumer product. While we are a long way away – if ever – from seeing a lab-grown pork chop, competition in the ground product categories is likely.

There is no broad agreement on a name for this category of products. While many people use “laboratory produced,” that name will be less appropriate if and when the process is commercialized. The terms “cultured meat” and “in-vitro produced meat” are technically accurate but may not clearly differentiate them from traditional products for consumers. Proponents of such product often refer to it as “clean meat,” which is obviously meant to disparage traditional meat products and is not acceptable, or true.

What is NPPC doing on this Issue?

NPPC is working to address three key issues surrounding plant-based and cultured meat products. While we can’t keep the products from entering the market, we are working with the rest of the barnyard to understand the products and how they are produced, to ensure they are rigorously regulated and to make sure they are labeled in a way that makes it clear to consumers how they were produced and what they contain. These efforts are to ensure that such products compete on a level playing field with our products.

1: What is coming down the pipeline? How is it produced?

Developing a clear understanding of these products is critical. Both plant-based and cultured products are often promoted as being more sustainable, environmentally friendly, ethical and “pro- animal” than traditionally produced meat. These claims are generally accepted without challenge by interested consumers, but have not been subject to rigorous examination. Particularly regarding cultured products, there are a lot of unanswered questions.

The development of these products is very shrouded in secrecy. We need to know the animal source of the cell lines used and the inputs used in replicating them outside an animal. How are they “fed”? Are antibiotics used, and if not, how can manufacturers be allowed to call these products “clean”?

NPPC is working with other animal protein stakeholders to explore these questions and to hold the proponents of these products responsible if they demean pork production either explicitly or through misleading descriptions of their products. Again, the use of the phrase “clean meat” is something we cannot and will not accept.

Plant-based products have been and will continue to be regulated by the US Food and Drug Administration (FDA). Since cultured products are a completely new thing and have not yet hit the market, there is a question about whether they should be regulated by the FDA or by USDA’s Food Safety and Inspection Service (FSIS).

Proponents of the products want them regulated by the FDA. This is not surprising since FDA regulation will give them far less scrutiny in both inspection of the production process and the making of label claims. NPPC, and the rest of the barnyard, feels strongly that the products should be regulated by FSIS. This is critical to ensuring a level playing field if the products are going to be positioned as animal protein. They should be subject to the same requirements we are: continuous inspection, HACCP verification, antemortem and postmortem inspection of source animals and all the other FSIS requirements pertaining to the production of red meat and poultry products.

The USDA has agreed that it should have jurisdiction over all products sourced from animals covered by FSIS – such as pigs, cattle, sheep, goats, and poultry. NPPC is working to make sure that this regulatory framework is adopted. Others are also active in this space; the United States Cattlemen’s Association, for example, petitioned FSIS, asking the agency to conclude that plant-based and “lab cultured” products are neither “meat” nor “beef.” (NPPC has indicated to FSIS that, should this petition be successful, we expect the same action for “pork.”)

This will be a critical issue going forward. FSIS regulations define terms such as “meat” and “meat food product” and establish standards of identity for meat and poultry products. This prevents plant-based products from calling themselves meat (and by extension pork, beef, etc.). However, many makers of these products are skirting the line with the language they are using on product labels or in marketing campaigns. NPPC has brought this to the attention of FSIS and FDA. FSIS has assured us that they appreciate our concerns and that they are working with both FDA and the Federal Trade Commission to address this issue. A joint announcement from these agencies about cracking down on plant-based labeling issues is expected shortly.

It is equally critical that cultured products are labeled correctly when they hit the market. Products containing only muscle and fat cells cannot be called “meat” or “pork” without qualification. Pork has more in it than just muscle and fat cells, and this is fundamental to the eating experience and nutritional profile that people expect and enjoy when eating pork products.

FSIS does have a definition for “meat food product,” and this is the likely home for cultured products. There is already precedent for this in the requirement that mechanically separated meat products be labeled as such; they cannot be called “pork” without the “mechanically separated” in front of it.

When it comes to cultured products, we have the same expectation. Manufacturers of such products should not be able to mix cultured muscle and fat cells of pig origin together and call the product “ground pork.” That term must be reserved for actual ground pork muscle cuts.

A label name such as “In-vitro Produced Pork Food Product” is appropriate and would ensure there is no consumer or market confusion as to what the product is. Once the regulatory framework for cultured products is settled, NPPC will work diligently to continue our efforts on appropriate label claims.

In summary, NPPC is working on the issue of plant-based and cultured alternative proteins to protect the term “pork.” These efforts are focused in three key areas: 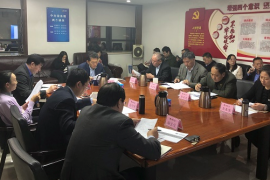 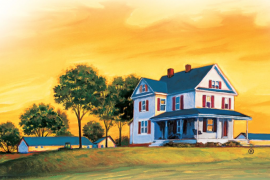