The government of Japan has announced that rising imports of frozen beef in the first quarter of its fiscal year (April-June) have triggered a safeguard mechanism, resulting in an automatic tariff rate increase under World Trade Organization’s (WTO) rules that will affect frozen beef from the United States, New Zealand and Canada. The hike, which applies only to imports from countries, which do not have established trade agreements with Japan, will begin on August 1 and last through March 31, 2018.

American exports of beef and beef products to Japan totaled $1.5 billion last year, making it the United States’ top market. The US is the second-largest supplier of frozen beef to Japan after Australia, which is exempt from the measure due to a bilateral free trade agreement. Together, the US and Australia currently provide approximately 90% of Japan’s frozen beef imports, much of which consumed in the foodservice sector.

WHO rules under the General Agreement of Tariffs and Trade (GATT) permit Japan to introduce “safeguard tariffs” when imports rise more than 17% in a quarter on a year-on-year basis. According to trade statistics, frozen beef imports amounted to 89,253 tons in the April-June period, up 17.1% from a year earlier. This is the first time in 14 years that Japan has invoked such an emergency measures on US beef imports.

US Meat Export Federation President Philip Seng was quick to criticize implementation of the higher tariff, stating: “The safeguard will not only have negative implications for US beef producers, but will also have a significant impact on the Japanese foodservice industry. It will be especially difficult for the gyudon beef bowl restaurants that rely heavily on US beef.”

Japan Farm Minister Yuji Yamamoto, however, believes that the tariff hike will have “limited” impact on consumers, as the frozen beef affected accounts for just 20% of total beef imports.

United States Secretary of Agriculture Sonny Perdue, who recently celebrated the long awaited return of US beef to the China market after being shut out for 13 years, issued the following statement:

“I am concerned that an increase in Japan’s tariff on frozen beef imports will impede US beef sales and is likely to increase the United States’ overall trade deficit with Japan. This would harm our important bilateral trade relationship with Japan on agricultural products.  It would also negatively affect Japanese consumers by raising prices and limiting their access to high quality US frozen beef.  I have asked representatives of the Japanese government directly and clearly to make every effort to address these strong concerns, and the harm that could result to both American producers and Japanese consumers.” 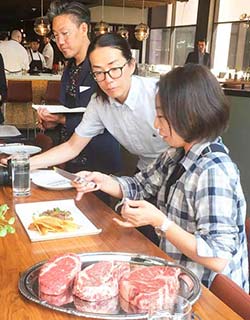 The implications for US beef exports are significant because US frozen beef now faces an even wider tariff disadvantage compared to Australian beef, which will remain at the current rate of 27.2%, as established in the Japan-Australia Economic Partnership Agreement (JAEPA).

The United States is the world’s largest beef producer and last year ranked as the fourth-largest exporter, with global sales of more than $5.4 billion.