John Connelly, president of the McLean, Virginia-headquartered National Fisheries Institute (NFI), will be honored as a recipient of this year’s Wallace R. Stevens Lifetime Achievement Award during the Global Seafood Alliance’s GOAL 2022 conference in Seattle, Washington on October 4. The award is in recognition of his leadership, integrity and commitment to responsibility.

Connelly has been at the helm of the USA’s largest trade association representing the commercial fish and seafood industry since February of 2003. NFI’s membership spans the entire seafood supply chain, including wild-capture fisheries and aquaculture, processing, importing and exporting, distribution, wholesaling, retailing and foodservice channels.

“For about a third of my life I have enjoyed the privilege of working with and for NFI members. It is humbling that GSA would recognize, through me, the efforts of the NFI leaders who sought to improve how fish are caught or farmed, to ensure their products are processed with integrity and safely, and to market their seafood with an increased focus on how American and other families want to enjoy their dishes,” said Connelly.

“Twenty years ago when we searched for the next president of NFI, one candidate, John Connelly, stood out, and he was easily our recommendation to the full NFI board as Richard Gutting’s successor,” said GSA Chairman Wally Stevens, who served as NFI’s chairman in 2001. “Little did we know at that time of the impact John would have on NFI and the entire US seafood industry. However, maybe his greatest impact was on each of us as an example of what leadership is all about. While John may leave the NFI stage he will hopefully continue to influence our industry through teaching and public speaking.”

GSA CEO Brian Perkins added: “With GOAL being held in the United States for the first time in 13 years this year, it was only fitting to recognize one of the most influential individuals in the US seafood industry over the past 20 years. Through his leadership and integrity, John has made quite a mark on our sector, and we look forward to honoring him in Seattle on October 4.”

In addition to his role at NFI, Connelly has served on the boards of the International Coalition of Fisheries Associations, Marine Stewardship Council, Allfish (a public-private partnership with the World Bank), International Seafood Sustainability Foundation, US Department of Commerce Marine Fisheries Advisory Council, Seafood Industry Research Fund, University of Florida Institute for Sustainable Food Systems Global Leaders Aquatic Advisory Board, The Alliance For a Stronger FDA, and FISH (Fairness, Integrity, Safety and Health) Standard for Crew.

Prior to joining NFI, Connelly was vice president of the American Chemistry Council. He was also a US Naval officer and retired from service as a Navy captain, specializing in political-military affairs. He graduated from the College of the Holy Cross with a bachelor’s degree in history and earned an MBA from George Mason University. Connelly plans to retire by his 20-year anniversary at NFI in February 2023. Thereafter he will enjoy more time at his house in Connemara, Ireland, with his wife Margaret and their four children.

GOAL 2022 is being held at the Fairmont Olympic Hotel in Seattle from October. 3-6. Registration information is available by visiting: https://register.globalseafood.org/ 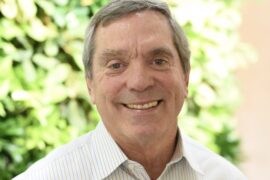 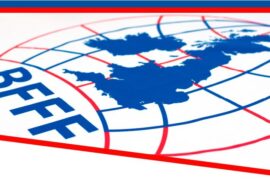 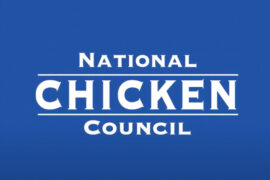