President and CEO Tom Werner minced no words about business conditions in the era of novel coronavirus (SARS-CoV-2) uncertainty. Since late last year the pandemic that started in central China has spread across virtually the entire planet, claiming the lives of more than 660,000 people and infecting at least 16.7 million.

“The final months of fiscal 2020 were some of the most challenging in our company’s history,” said Werner. “Government efforts worldwide to slow the spread of Covid-19, including restrictions on restaurants and other foodservice operations, as well as shelter-in-place orders, abruptly reduced near-term demand for frozen potato products, which significantly impacted our sales and earnings in the fourth quarter. During this time, we have prioritized the health and safety of our Lamb Weston team, and worked closely with our customers and suppliers as they manage through this uncertain environment. In addition, we took steps to strengthen our financial liquidity, and to position our manufacturing and commercial operations for success in fiscal 2021 and beyond.”

When Q2 earnings were announced in April, the Eagle, Idaho, USA-headquartered frozen potato products specialist withdrew its financial outlook for the remainder of the fiscal year but assured analysts that the Covid storm would be successfully weathered. Three months later, the road remains bumpy and unpredictability of the future impact of the virus on commerce in general and consumer behavior in particular makes it impossible to provide a reliable outlook for fiscal 2021. However, there are rays of sunlight piercing the cloudy skies.

“As states began to reopen, we saw clear evidence of frozen potato demand steadily strengthening across our restaurant and foodservice channels,” said Werner. “In the aggregate, french fry demand from most of our quick service restaurant customers in North America and our international markets, which together comprised a majority of our sales, rebounded substantially by the end of June. Although fry demand at full-service restaurants remains well below that of a year ago, it has also gradually improved as more states ease on-premises dining restrictions. Fry demand by our “non-commercial” customers – such as hotels, schools and universities, and sporting venues – remains very soft. Retail demand continues to be a bright spot for the category and for Lamb Weston. After rising sharply in the latter half of the fourth quarter as consumers stepped-up food-at-home purchases, category growth began to normalize in some markets, but in total continues to be above historical rates.” 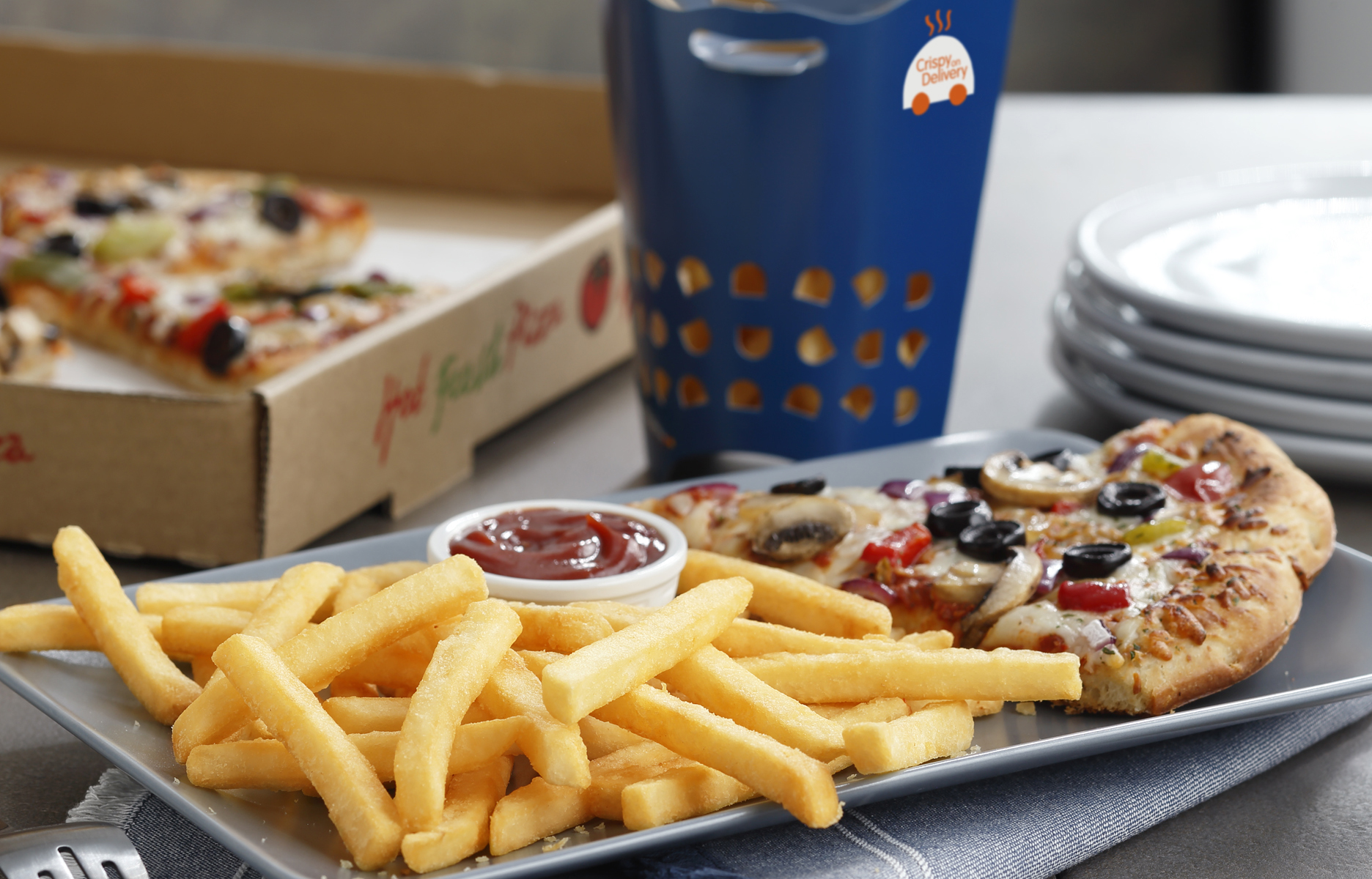 The chief executive officer continued: “This steady improvement in category growth is encouraging, but there is still a great deal of uncertainty regarding its sustainability given the pace of economic recovery, consumer behavior, and governments either postponing lifting dining restrictions or reinstating restrictions on restaurants in response to rising Covid-19 infections in many states…Although we continue to face an unprecedented challenging environment in the near term, we remain confident in the long-term health and structure of the category, as well as our ability to execute on our strategies, support our customers, generate sustainable top- and bottom-line growth, and create value for our stakeholders.”

Beyond North America, sales have been mixed. In Europe, combined shipments from the company’s six production plants were in the Netherlands, the United Kingdom and Austria were at roughly 75% of the prior-year level, improving sequentially as countries in the EU eased restrictions. Shipments to China have rebounded to approximately 85% of the previous-year level, while monthly shipments to other markets in Asia, Australia and Mexico were 70% to 80% of pre-Covid-19 health crisis levels through late April, but began to soften by the end of the quarter in certain markets due to inventory destocking.

“China’s recovery has been solid with our weekly shipments in July approaching pre-Covid levels. Demand in Asia outside of China has been varied, but consumption overall has held up better than in the United States and Europe,” said Werner.

In an earnings call with financial analysts on Tuesday, Chief Financial Officer Rob McNutt reiterated that the company is well positioned to manage through a continuing recovery, having seen improvements in recent months following lows in April.

“Our weekly shipments towards the end of the fourth quarter more closely mirrored consumer demand trends by channel, but we’re still down versus the prior year,” said McNutt. “Specifically our weekly shipments to large chain restaurants in the US were about 50% of pre-Covid levels from late March through early April, then improved to around 85% by the end of May as consumers took advantage of QSR drive-throughs.

“Our weekly shipments to full-service restaurants and non-commercial outlets such as hotels, schools and universities, sporting venues and workplace cafeterias bottomed at about 20% of pre-Covid levels in mid-April then improved to approximately 70% by the end of May as some states began to ease restrictions on restaurants and bars.”

He continued: “In contrast, our retail segment’s weekly shipments in April through mid-May spiked up around 50% versus prior year as consumers increased food-at-home purchases in response to shelter-in-place orders. Demand remained high as we exited the quarter with weekly shipments growth of about 30%.”

Gross profit in Q4 declined $139 million. This included about $47 million of cost related to the pandemic’s impact on operations.

“In the quarter, we elected to keep all of our plants open and continue to pay our employees, and therefore, spread reduced demand across the entire system,” said McNutt. “This led to all of our plants operating at lower rates, resulting in labor, energy and materials utilization levels that were well off of our standards. Accordingly this had a significant impact on our margins.”

Of the $47 million in pandemic-related costs, about $25 million reflects utilization related costs and inefficiencies arising from disruptions to Lamb Weston’s manufacturing network.

“These costs and inefficiencies largely consisted of, first, spreading lower volume across our entire manufacturing network – including modifying production schedules and reducing run times, thereby, sub-optimizing utilization at each facility,” explained McNutt. “Second, costs net of any government credits to retain factory labor, including paying them full weekly wages, although hours worked may have been well below that. Third, costs to shut down, sanitize and restart manufacturing facilities after a factory employee had tested positive for the virus; and finally, incremental costs to produce retail products on foodservice oriented production lines.” 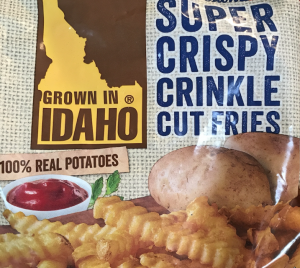 Noting that there remains the possibility of temporarily shutting down lines will remain a risk until the virus is under control, Werner commented: We’re always seeking ways to improve testing processes that can help us identify affected employees before they show up for work. The safety of our employees has and will continue to be our number one priority.”

The pandemic’s effect on demand for fries in Europe was similar to what was experienced for full-service restaurants in the United States, with Netherlands-headquartered joint venture Lamb Weston/Meijer’s shipments bottoming in April at about 35% of prior year levels and recovering to around 60% by the end of May.

How did investors initially react to Lamb Weston’s Q4 results announcement, as earnings per share missed analysts’ estimates of $0.16 by $0.17 compared with $0.74 earnings per share realized during the same period in 2019? The price slid $8.08 (11.46%) to $62.42 when the New York Stock Exchange closed on July 28. Since the World Health Organization’s official and belated declaration of Covid-19’s pandemic status on March 11, the value of LW stock has declined by 12.6%. 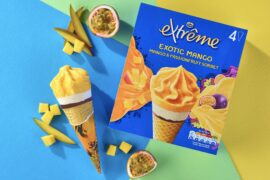