Bernhard Neumeister, chief executive officer and chairman of the management board of Erlenbacher Backwaren GmbH (pictured above), retired on July 31. Matthias Casanova stepped in on August 1 as his replacement.

Neumeister spent 22 years of his almost 50-year professional career working for the well-established baked goods producer in Gross-Gerau, Germany. During that time the company developed tremendously. From a pure co-packer, it has become the leading supplier of frozen baked goods in the European out-of-home market.

In bidding farewell, the man who advanced from the position of retail salesman to chairman remarked: “Erlenbacher was not just any job for me. It was a vocation, a passion and a real team effort for which I am very grateful to my colleagues.”

His successor as chief executive officer and chairman is well known in the frozen food industry, where he has worked in leading positions for many years. Casanova brings extensive international knowhow to the job as he directs the company’s strategic development for the future.

In the course of the change of command, the existing management team of Wolfgang Thul and Harald Lochmann has been expanded with the addition of Fritz Kellermann. On August 1 he became the chief commercial officer in charge of marketing and sales. With the benefit of significant experience in the German and Austrian out-of-home market, Kellermann is now embracing the sales challenges and promotion of the Erlenbacher brand.

“With my two successors, the company is in good and competent hands,” said former CEO and Chairman Neumeister. 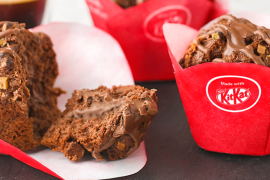 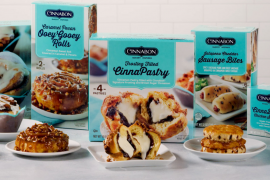 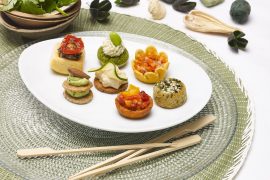