McDonald’s USA has announced that by mid-2018 “fresh beef” [which in its lexicon means non-frozen], prepared when ordered, will be the primary component of all Quarter Pounder burgers served at the majority of the chain’s restaurants outside of Alaska and Hawaii and some airport locations. The Oak Brook, Illinois-headquartered company added that it will continue to use only 100% pure beef with absolutely no fillers, additives or preservatives.

“Over the last two years, we have accelerated the pace of change around how we source and serve our food. Delivering fresh beef that’s prepared when our customers order their food is just another example of how we are raising the bar,” said President Chris Kempczinski.

Last month, McDonald’s acknowledged that its operators across the USA have lost 500 million customer transactions since 2012, primarily to other quick service restaurants. So it comes as no surprise that the company is endeavoring to boost traffic counts with lures that range from promoting all-day breakfast products featuring eggs from cage-free chickens, to artificial preservative-free Chicken McNuggets, fructose corn syrup-free buns, and now “fresh beef.” 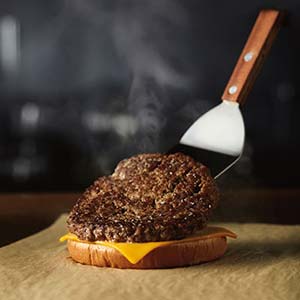 The decision to switch from frozen patties, which have been used by restaurant operators since the Quarter Pounder was launched in 1971, was made after test marketing non-frozen beef at more than 400 locations in Texas and Oklahoma. The thinking is that non-frozen beef will broadly appeal to a new generation of consumers and better compete against products offered by rivals such as Wendy’s, which plays up “fresh, never frozen” burgers in its advertising campaigns.

However, according to franchise consultant Richard Adams, menuing Quarter Pounders made from non-frozen beef on a system-wide basis may not only be easier said than done, but could be unrealistic given that many operators are concerned about rising component and labor costs.

“Everyone should keep in mind that McDonald’s is being run by people with little or no real restaurant experience,” he wrote in an e-mail to CBS MoneyWatch describing the company’s executive leadership. “They’re a bunch of accountants and marketing people who’ve never run a restaurant or cooked a Quarter Pounder. Accountants and marketing people are good at coming up with plans that look good on paper, but may not work in real life.” 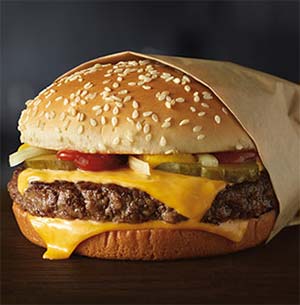 According to a recent CBS News dispatch: “Franchisees have complained for years that their profits have shrunk and costs have risen, straining their relationship with McDonald’s leadership. Investment consulting firm Segal Macro Advisors has called for a shareholder vote on a proposal to give independent restaurant owners a new kind of preferred stock that lets them elect a board member.”

McDonald’s reportedly opposes the idea, and has asked the US Securities and Exchange Commission (SEC) for permission to leave Segal’s proposal off its proxy, according to Bloomberg News.

“We received overwhelmingly positive feedback from customers and employees,” said Joe Jasper, a McDonald’s Dallas/Fort Worth franchisee. “This test was driven by the franchisees, our region and insights from what our customers are asking for when they visit McDonald’s.”

Nearly 90 percent of McDonald’s 14,000 restaurants in the United States, which serve 25 million customers daily, are independently owned and operated franchises.