More than half of Meat-free Product Launches In UK Had Vegan Claim in 2017, Says Mintel

As November kicks off World Vegan Month, the latest research from Mintel reveals a surge in vegan claims in the United Kingdom meat-free foods market. According to Mintel, the share of meat-free new products in Britain carrying a vegan/no animal ingredients claim nearly doubled between 2014-17.

This growing profile of vegan foods is reflected by the fact that in 2017, more than half (52%) of new product launches in the meat-free foods sector were vegan/contained no animal ingredients. That’s up from 28% in 2014, according to “Mintel Global New Products Database” (GNPD). The significant growth in the availability of vegan products in the meat-free foods market will appeal to the 26% of consumers who prefer such products to be plant-based rather than containing eggs or dairy. Mintel’s findings also reveal that the popularity of meat-free foods extends well beyond the small pool of non-meat eaters that describe themselves as vegan.

Keen to get a slice of the meat-free action, as many as 56% of UK adults have eaten vegetarian/meat-free foods in the six months to July 2018, a significant increase from the 50% who had eaten these foods in the six months to March 2017. Estimated to reach £740 million in 2018, sales of meat-free foods (including a growing range of vegan products) have shot up 22% from 2013-18. Growth is set to continue as value sales in market are forecast to increase by a further 44% by 2023 to reach £1.1 billion.

Alyson Parkes, a research analyst at Mintel, commented: “Although the meat-free market is not vegan by definition, there has been a significant increase in the number of new products that carry a vegan claim. The buzz surrounding ‘Veganuary’ gained momentum in January 2018, with a raft of vegan products launching to capitalize on the month-long meat-free movement. Vegan claims in the market span own-label products, as well as branded ones, signaling that supermarkets are also keen to capitalize on this interest.”

She continued, “The appeal of meat-free products also extends far beyond the still very limited pool of vegan consumers. The rising profile of meat-free products and plant-based diets has been helped by activity in the foodservice arena and a significant advertising push in 2018, which has increased the visibility and awareness of these products among consumers, as well as injected excitement into the category.”

While 90% of Brits are red meat/poultry eaters, Mintel research highlights consumer interest in limiting and/or reducing meat consumption remains strong, as 34% of meat eaters reduced their meat intake during 2018. Younger Brits aged 25-34 are the most likely (40%) to have reduced meat consumption in the last year. A further 21% of meat eaters say that they would be interested in limiting or reducing their meat consumption in the future, highlighting the growing appeal of meat reduction and the opportunity for meat-free foods.

Tasting like meat is the top enticing factor for 26% of non-/infrequent eaters of vegetarian/meat-free foods. There is also some interest in products that replicate meat in other ways, with 15% of this consumers group agreeing that meat-free burgers which ‘bleed’ are appealing; rising to 25% of 16-34-year-olds.

“Several companies have recently launched revolutionary plant-based burgers that mimic the same ‘bleeding’ quality as animal-based meat burgers when cooked. This meat-replicating feature certainly makes the concept of meat-free foods more newsworthy and intriguing for consumers, which when combined with health credentials, ethical claims and environmental considerations, creates a compelling proposition. This visual aspect also makes these products highly ‘Instagrammable’, and can help catch the eye of experimental foodies, as well as a wider audience,” concluded Parkes. 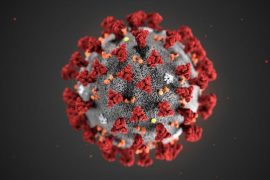 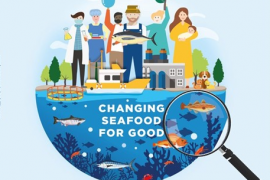 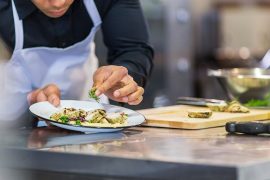 US Foods’ Restaurant Reopening Blueprint is Welcome Back Guide