Feltham, England-headquartered Nomad Foods, producer of Birds Eye, Findus, Iglo retail brand names and other popular frozen products distributed widely in Europe, has joined the “10x20x30” scheme to reduce food loss and waste from the supply chain. The initiative includes signatories from nearly 200 food suppliers and more than ten of the world’s biggest food retailers and manufacturers, with each agreeing to engage in a “whole supply chain” approach to halving food loss and waste by 2030.

“We know that partnerships and collaboration are essential to driving impact and reducing waste, said Nomad Foods CEO Stéfan Descheemaeker. “We believe that our influence within the food industry, our wide consumer reach and our unique capacity to promote freezing as a solution to food wastage make us perfectly positioned to raise awareness of the issues and lead the way towards a less wasteful food industry.”

As a leading “10x20x30” signatory, Nomad Foods has committed to a 50% reduction target in its operations, to measure and publish food loss and waste inventories, and to create actionable strategies to reduce this waste.

Jason Musk, the company’s chief supply officer, stated: “I’m immensely proud of the work we’ve done in our supply chain, our factories and across our markets to minimize food waste. Joining this initiative reinforces our commitment to continuously improving factory operations to streamline production and prevent spoilage, as well as exploring ways to up-cycle resources like vegetable off-cuts, rather than use them as animal feed.”

The food retailers and providers behind “10x20x30” effort include AEON, Ahold Delhaize, Carrefour, IKEA Food, Kroger, METRO AG, Migros (Turkey), Pick n Pay, The Savola Group, Sodexo, Tesco, and Walmart. Among them are six of the largest food retailers in the world, the world’s No. 2 foodservice provider, and leading food retailers in regions such as southern Africa, the Middle East and Japan. Combined, participants operate in more than 80 countries.

The “10x20x30” initiative was publicly launched at the 2019 annual food loss and waste summit hosted by Champions 12.3, a voluntary coalition of executives from business, government and civil society committed to raising ambition and motivating action to achieve the United Nations’ Sustainable Development Goal (SDG) Target 12.3. It calls for a 50% reduction in food loss and waste worldwide by 2030.

“Reducing the more than 1 billion tons of food that’s lost or wasted each year would bring big social, environmental and economic benefits – but bringing these benefits to scale requires action across the entire supply chain,” said Dr. Andrew Steer, president and chief executive officer of the World Resources Institute (WRI). “I’m encouraged to see so many leading food retailers and suppliers committing to bold action. It’s exactly what the world needs to achieve the target of 50% reduction by 2030.”

Each year, one-third of all food produced in the world is lost or wasted, resulting in significant economic, environmental and food security impacts. It is estimated that this amount of food loss and waste equals $940 billion in economic losses annually. And while more than 1 billion tons of food is lost or wasted annually, one in nine people on the planet is reportedly undernourished.

The novel coronavirus (SARS-CoV-2) pandemic that has spread the Covid-19 respiratory disease crisis around the world has increased the urgency of addressing food loss and waste. Farm-level losses have increased in many countries as distribution has been disrupted and restaurants and other hospitality businesses have been forced by government edict to reduce operations. So addressing food loss and waste is a key strategy for ensuring both a sustainable business and food future. 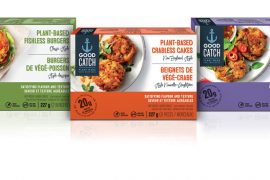 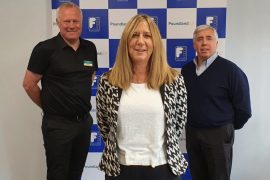