A spike in retail store demand for both frozen and non-frozen vegetable and fruit products due to consumer stockpiling during the novel coronavirus (SARS-CoV-2) scare has prompted Greenyard to raise its financial guidance. The Sint-Katelijne-Waver, Belgium-headquartered company now anticipates generating €4.05 billion in net turnover during 2019-20, up markedly over earlier expectations.

Noting that sales growth of approximately 2.4% was achieved even before the Covid-19 respiratory disease caused by the virus began surging in Europe, Greenyard reports that the transformation of its business “continues strongly.”

The company’s net debt has been reduced by more than €25 million, amounting to around €430 million at the end of March. This exceeds forecasts, particularly as several divestments have not yet been effectuated, and also due to market conditions during the pandemic.

Greenyard had announced an adjusted EBITDA guidance (pre-IFRS 16) between €88 million and €93 million. Based on a first view on the preliminary and unaudited results, it expects to end the financial year with an adjusted EBITDA (pre-IFRS 16) between €93 million and €95 million. This includes a positive effect of around €1.5 million to €2.0 million from higher volumes induced by Covid-19 effects in March of 2020. In contrast, the increased guidance also includes an exceptional unexpected negative operational result for the company’s fresh operation in France of around €3.5 million, due to the execution of the final steps in its transformation plan.

In a press release issued on April 17, Greenyard stated: “The revitalization of volumes and margins, streamlining of the organization and making it more efficient, a strict cost control and operational efficiency improvements in such areas as logistics, are being implemented.”

The company has responded quickly to the shift in volume from the foodservice sector, which remains largely closed due to government-imposed lockdowns and social distancing policies throughout Europe and beyond. While the boom in retail demand has entailed additional complexity and costs in the supply chain (higher purchase prices, transport and processing costs), ultimately the impact on financial results has been positive.

“Greenyard assumes the full responsibility to secure the supply of healthy food, vital in our society, especially during this pandemic,” stated the company, adding that its first and foremost concern is the “health and safety of all employees.” 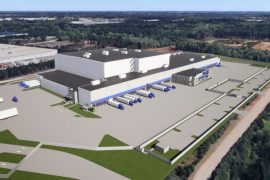 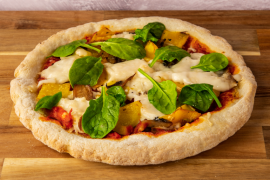 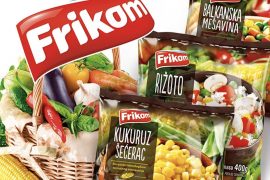