Consumers around the world are embracing plant-based food innovations, and ice cream is no exception. According to the latest research from Mintel Global New Product Database (GNPD), vegan ice cream accounts for an increasing proportion of global ice cream launches, making up 7% of all launches in the last 12 months, more than double the 3% rate five years ago (2015/16).

Within the sector, the focus on the textural qualities of plant-based ice cream is increasing; vegan ice creams with a chunky texture such as nuts, cookie pieces, toffee pieces and cookie dough chunks have surged from 2% to 13% of launches over the last four years (2016/17-2019/20). Adapting to this trend is likely to appeal to the 73% of UK ice cream consumers who said that they like ice cream with different textures, such as crunchy and hard.

Chocolate (accounting for 26% of innovation over the last 12 months), vanilla (11%) and coconut (9%) still remain the most popular in terms of plant-based flavor innovation.

This comes as 12% of UK adults agree that the coronavirus outbreak has made a vegan diet more appealing, almost doubling those among under-25 (23%), according to the results of an April 23-May 7 poll among 2,000 British internet users aged 16 and over.

“The recent buzz around veganism has made its mark on the ice cream category,” said Kate Vlietstra, an analyst at Mintel Global Food & Drink Analyst. “Interest in vegan ice cream isn’t restricted to those following a vegan diet. Learning from their dairy counterparts, plant-based ice creams are moving beyond the basic flavors to offer indulgent options. Texture is playing a prominent part in vegan new product development (NPD) with chunkier varieties on offer. Brands are demonstrating that vegan offerings can be premium with an array of luxury flavor combinations and packaging.”

She added: “The makeup of plant-based ice cream will evolve, incorporating new ingredients from the world of plant milk such as quinoa and other seeds. Oats are expected to feature in more dairy-free ice creams, following on from the popularity of oats in plant-based drinks.”

Japan Scoops Up No. 1 Position for Ice Cream NPD

From matcha to mayonnaise and seaweed to soybean, there seems no limit to Japanese ice cream innovation, as Mintel reveals that Japan is now the world’s number one global ice cream innovator, commanding the highest share of ice cream launches.

Over the past five years, Japan’s ice cream innovation has gone from strength to strength. In 2015/16 the nation accounted for 7% of launches globally, but since then its innovation has been coming thick and fast and Japan is now (2019/20) responsible for one in ten (10%) product launches, overtaking the United States to become the world leader in ice cream innovation. Meanwhile, the US currently accounts for 9% of new products launched, slipping back from its number one position.

“A popular sweet treat among Japanese consumers, ice cream innovation in Japan has surged in recent years following a push to drive year-round consumption,” said Vlietstra. “Quirky flavors and exciting formats are putting Japanese ice cream at the forefront of food innovation, while providing ample inspiration for ice cream launches outside of Japan. The growing popularity of Japanese cuisine paves the way for ice cream brands to utilize traditional flavors such as hojicha and yuzu. Quirky combinations, unique flavors and unusual ice cream cones are all well-positioned to appeal to consumers globally.”

The Mintel analyst added: “The postponed Tokyo 2020 Olympics, now due to take place in the Summer of 2021, offer a global platform on which Japanese-inspired food and drink can shine. Ice cream brands tapping into Japanese flavors are likely to fare well, particularly during the hot summer months.”

“Ice cream is a treat food,” said Vlietstra. “A smaller amount of protein will satisfy the consumer demand for healthier options while allowing brands to explore different protein options. Plant protein from legumes, grain and seeds can offer a high-protein alternative to dairy protein. With sustainability ever the topic of discussion, the ice cream category will need to demonstrate its ethical credentials to continue to win favor with consumers, and plant proteins can appeal due to their lower carbon footprint than dairy proteins.” 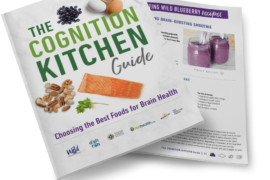 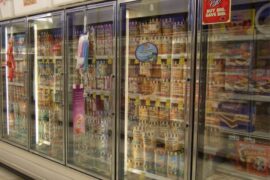