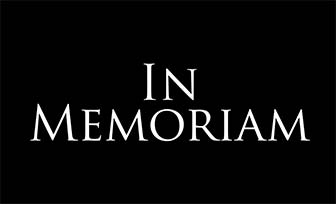 It is with much sorrow that the FrozenFoodsBiz.com (FFB) team reports that one of our own, Mickey Kaplan, died suddenly on September 13, 2018, at St. Claire’s Hospital in Denville, New Jersey while receiving emergency medical attention for cardiac arrest. He was 68 years old.

The veteran advertising director headed up business development in North America for the online B2B news and information platform serving the global frozen food industry. A consummate salesman who transitioned in recent years from the world of print publications to take on the challenge digital commerce, he was well known and respected by key marketing communications personnel throughout the United States, Canada and Mexico who make media buying decisions for frozen food producers and distributors, refrigerated warehousing and transportation operators, packaging suppliers and equipment manufacturers.

His experience in the industry spanned over four decades, including more than 20 years as advertising director for Fort Lee, New Jersey-based Quick Frozen Foods International magazine. Prior to that he sold space for K-III Press, International Thomson Transport Press and Brandon’s Shipper & Forwarder in New York City. 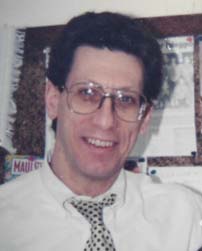 Born and raised in the Bronx, Mark “Mickey” Kaplan was a lifetime resident of the Greater New York area and a lifelong fan of the New York Yankees baseball champions, having grown up near “The House that Ruth Built.” He was also an avid supporter of the New York Giants football franchise, the Knicks basketball squad and the Rangers ice hockey team.

Ever enthusiastic and optimistic, Mick was fiercely competitive in all endeavors – from scoring runs on baseball fields and shooting hoops on the basketball courts of his youth and early adulthood, to winning contracts in executive office suites and on trade show floors during a highly productive professional career that followed. He was an order maker, not an order taker.

Mickey combined a hard-driving work ethic with deft interpersonal skills and aplomb to secure and assure the confidence of advertisers. They trusted him for good reason, as he never sold a product or service that he did not believe in.

Mick learned the ropes of advertising sales the old fashioned way, by investing in shoe leather, tirelessly pounding the pavement and knocking on doors. Making successful cold calls after resourcefully generating hot leads was one of his specialties.

Established customers and potential clients welcomed his creative pitches, which were typically delivered with a charming sense of humor, often embellished with poetic prose laced with memorable rock ’n roll and pop song lyrics. He was energetically on the job 24/7, placing and receiving phone calls, sending e-mails and sometimes even posting hand-written snail mail appeals to prospects whom were hard to reach any other way.

Mickey Kaplan was a 1973 graduate of the University of Bridgeport in Connecticut, where he majored in History and earned a Bachelor of Science degree. But he was keen on pointing out that his real education did not commence until his life as a traveling salesman began. The job took him across the USA from the streets of Manhattan to Boston Harbor and Chicago’s Lake Shore, to the West Coast and onward to the Hawaiian Islands, as well as to Canada, the Caribbean and Europe.

Son of the late Richard and Joan Kaplan, Mick is survived by a brother, Jeffrey, and his wife Lori of North Port, Florida; sons Keith and Justin, and their wives Heather and Jennifer; beloved granddaughters Jenna, Jordan and Jessie; and former spouse Kathy of Lakeside, California.

He leaves behind many friends as well, and this writer is among them. Having spent much time in the air and on the road with Mickey over the years, it is profoundly sad to now accept that he will no longer be a fellow traveler in this world. His knowledge of history, politics and sports was deep and wide, and I shall very much miss the engaging and colorful conversations about these and other subjects that we enjoyed.

In spirit, though, Mick will be forever present, urging us to “stay strong and optimistic,” and reminding us to remember “our greatest strength is effort and attitude, so keep on plugging.”

The FFB crew, friends and colleagues will be raising a glass in remembrance of Mickey during the upcoming SIAL exhibition in Paris. While he was not exactly a tippler, I can personally attest that Mick thoroughly enjoyed Killian’s Irish Red draught lager from time to time. And as the premium bière rousse just happens to be brewed in France, there will be no shortage of supply to tap into on the occasion of toasting the dearly departed.

Memorial contributions in the name of Mickey Kaplan may be made to any of his favorite charities, among them: METAvivor Metavivor.org (dedicated to metastatic breast cancer awareness, research and support); Disabled American Veterans (www.dav.org); Wounded Warrior Project (www.support.woundedwarriorproject.org).