Gelato Fiasco is a premium gelato product with two stores and is available in more than 600 retail locations in the United States. Sweet Scoops, a producer of all-natural frozen yogurts, is sold in Whole Foods, Roche Bros and approximately 100 independent stores. Art Cream, an organic artisan ice cream, is currently sold in MOMs Organic Market and at other natural/organic retail outlets. SoCo Creamery is an all-natural super-premium ice cream, gelato and sorbet distributed from Maryland to Maine in stores including Whole Foods, Roche Bros, Big Y and Stop & Shop, as well as four Sysco distribution centers.

“We are very excited to add such incredible and diverse products to the Yuengling’s portfolio of brands,” commented Rob Bohorad, the company’s president and chief executive officer.

Yuengling’s Ice Cream was founded by American businessman Frank D. Yuengling in 1920 to help support the family brewery during the Prohibition period when the sale of alcohol was illegal in the USA from January of 1920 to December of 1933. Spun off as a separate company from the brewery in 1935, Yuengling’s maintained a strong tradition of making high quality gourmet ice cream products in central Pennsylvania.

The company discontinued production in 1985 when no family successor rose to assume the helm. In 2014 David Yuengling, Frank’s great grandson, and Robert Bohorad revived the brand and an American classic was re-born. The Yuengling’s Ice Cream Corporation, as it has been since 1935, is a separately owned and operated company from D. G. Yuengling & Son, Inc Brewery. 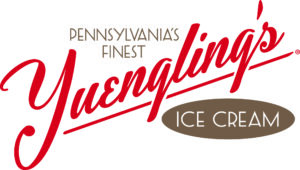