For the first time in the long history of the Birds Eye frozen food brand in the United Kingdom, a child will be featured as the Captain on limited edition packages of its popular Fish Fingers sold in Iceland stores starting in February of 2022. It will be the image of seven-year-old budding chef, Tadhg, from Manchester, who took part in the company’s nationwide competition looking for youngsters aged 6 to 12 to submit their very own Birds Eye Fish Finger recipe, along with the inspiration behind their creation.

Standing out from all the other entries, Tadhg’s Fish Finger Tacos recipe shows just how versatile frozen fish fingers (known as fish sticks in North America and other markets) can be. He used an array of flavors and spices, putting a Mexican twist on the more traditional British food staple. Rather simple to prepare, all that needs to be done – as per Tadhg’s recipe instructions – is to heat the fish fingers using the on-pack instructions, warm up corn tacos in the oven, and serve with one’s favorite toppings. Suggestions range from a touch of paprika, to salsa, sour cream, iceberg lettuce and cheese. Also, meal makers may consider adding ingredients like coriander, avocado  chili to turn up the heat.

Tadhg, who lives in Manchester, said: “I’m so excited to be Birds Eye’s new Mini Captain – I can’t wait to go in store and see my face on packs of Fish Fingers! They are my favorite on our ‘Taco Tuesday’ family nights. We change up the flavors and ingredients each week, although I love cheese as much as Fish Fingers so will always add that too. I really hope other people try my recipe and see how yummy it is.”

Partnering on this activity, Birds Eye and Iceland Stores launched the competition together to inspire and encourage kids to be creative with a mealtime staple. The aim is to inspire families across the UK to get their little ones more involved in mealtimes, while showing them how fun and easy it can be to include nutritional fish into children’s diets.

“Birds Eye Fish Fingers are iconic and our consumers’ passion for thinking of new recipes to include them in certainly hasn’t slowed down over the years,” said Sarah Stebbings, senior brand manager. “For many, they bring back memories of their childhood, so it’s lovely to be able to get the next generation excited about them in such a creative way too. Especially as a recent Censuswide study reveals that 42% of children’s first taste of fish comes in the form of fish fingers. Knowing the numerous benefits that fish offers, we’re always looking for new ways of encouraging families to eat more fish – as the NHS advises two portions of fish per week.

“We’re delighted to have Tadhg as our first-ever Mini Captain, as he’s created the perfect recipe to help parents engage their children at meal times and I look forward to seeing what other creations may come off of the back of this one.”

Andrew Staniland, trading director at Iceland Foods, added: “Birds Eye and Iceland are two iconic family brands and we’re proud to have worked with Birds Eye on this competition to find the first ever Mini Captain Birds Eye. It is really important to us that children eat a healthy and balanced diet and it’s fantastic to see kids getting involved in cooking. Tadhg’s recipe is a brilliant way to get more children into the kitchen, helping parents prep for dinner.” 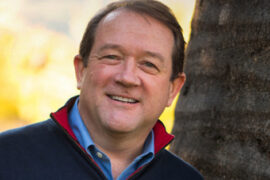 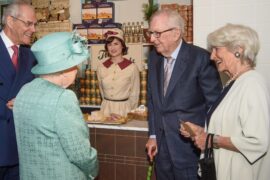 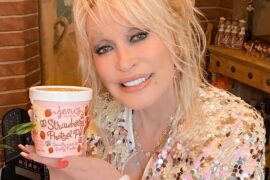