Smithfield, Virginia, USA-headquartered Smithfield Foods has suspended operations at its pork processing facility in Sioux Falls, South Dakota, after as many as 238 persons of the plant’s 3,700-member workforce were diagnosed as “active cases” of the novel coronavirus (SARS-CoV-2). State Governor Kristi Noem and Sioux Falls Mayor Paul TenHaken have recommended that the plant remain closed for at least two weeks, during which time it will be thoroughly sanitized and workers are to self-isolate themselves.

Smithfield, which has been a wholly owned subsidiary of the Luohe, Henan, China-headquartered WH Group since 2013, is ranked as the largest pig and pork producer in the world. It generates oven $15 billion in annual sales and employs more than 40,000 people in the United States, Mexico and Europe. While primarily a supplier of fresh pork, packaged meats and cold cuts, it also produces value-added frozen items including Armour brand meatballs made of pork and chicken. 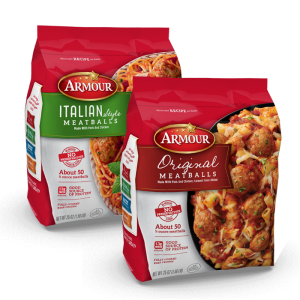 “As a critical infrastructure employer for the nation’s food supply chain and a major employer in Sioux Falls, it is crucial that Smithfield have a healthy workforce to ensure the continuity of operations to feed the nation. At the same time, employees need a healthy work environment,” said Governor Noem and Mayor TenHaken in a letter to the operators of the South Dakota plant.

“The closure of this facility, combined with a growing list of other protein plants that have shuttered across our industry, is pushing our country perilously close to the edge in terms of our meat supply. It is impossible to keep our grocery stores stocked if our plants are not running. These facility closures will also have severe, perhaps disastrous, repercussions for many in the supply chain, first and foremost our nation’s livestock farmer.”

He continued, “We believe it is our obligation to help feed the country, now more than ever. We have a stark choice as a nation: we are either going to produce food or not, even in the face of Covid-19.”

Among retail SKUs packed at the Sioux Falls facility are ready-to-cook bacon, deli meats, hot dogs and smoked hams. When fully operational, it supplies 130 million servings of food per week.

As of April 14, there have been six deaths attributed to Covid-19 and 988 confirmed cases in South Dakota. That compares with 24,485 deaths and 584,073 cases recorded throughout the United States, while worldwide totals now stand at 123,348 and 1,949,210 respectively, according to figures compiled by Johns Hopkins.

To date, there is no evidence of food or food packaging being associated with the transmission of the coronavirus. Meanwhile, Smithfield continues to pay all employees who have been quarantined as a result of Covid-19 diagnosis or exposure, as well as those who are temporarily idle due to the plant’s shutdown.

The company has pledged more than $3 million in cash and in-kind donations, including four million servings of protein, to support communities across America during the pandemic. As part of the donations, Smithfield and its family of brands have launched the “Good Food Challenge” to aid Feeding America and its nationwide network of food banks.