Sortex Sorts it Out, Ever so Softly

When you’re in the frozen raspberry and blueberry processing business, the end of the line is all about achieving soft landings. And that’s just what Sortex optical sorting technology from the Buhler Group has helped make possible for the folks at Curt Maberry Farm in the USA. 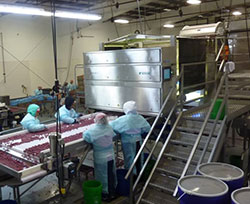 The Lynden, Washington-based company, which produces a wide range of IQF fruit products, was looking to remove foreign material and defects, such as mold in raspberries and stems in blueberries, as well as color blemishes and damaged fruit from its processing line prior to packing. It also needed to automate this part of the process in order to maximize throughput efficiency and free up workers for deployment elsewhere in the factory.

John Reneau, production manager at Curt Maberry Farm, turned to Bühler, which had installed a demonstration Sortex E1D optical sorter in the plant late last year. Drawing on three powerful technologies – color bichromatic cameras, enhanced InGaAs and PROfile (shape) technology – the Sortex E1D allowed the packer to detect and dispose of not only foreign materials such as leaves, stems and mold, but also to remove over- and under-sized product.

“A major problem for frozen raspberry processors is the fragility of the product, once frozen,” said Stephen Jacobs, Bühler’s London, England-based fruit and vegetable global product manager. “Depending on the variety, fruit breakage levels can be as high as 10% when going through standard sorting equipment.”

Bühler tackled this challenge with the development of a special soft landing kit, which, together with the company’s existing technologies, enables frozen fruit processors to obtain clean, acceptable results, with breakage levels of less than 3%.

After the successful in-plant trials of the Sortex E1D, Reneau opted to invest in a Sortex K2A to meet high-volume output levels required at the Curt Maberry facility. The Sortex K2A is also equipped with the new soft landing system, ensuring that fragile raspberries and blueberries remain intact throughout the sorting process.

Operators at the factory have been fully trained on the equipment’s easy-to- operate sensitivity controls. The optical sorter, which was delivered in June, was fully up and running in time for the berry season.

Sortex, a globally known brand since 1947, is recognized for intelligent technology and engineering expertise in optical sorting, with over 25,000 sorters installed worldwide.  Bühler is committed to continuous innovation in helping to extend the range of optical sorting applications for fruit and vegetable processing. 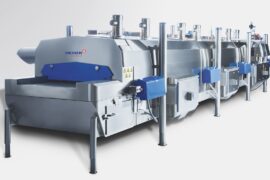 Messer to Promote LIN Technology for Freezing and Chilling at IPPE 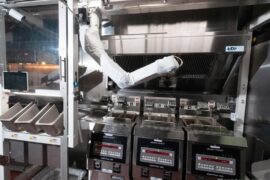 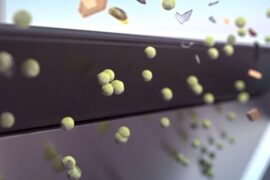