The 2020 silver anniversary edition of Gulfood, promoted as the world’s largest annual food and beverage trade event and the first major international food industry trade show of the year, is scheduled to kick off on February 16 and run for five days through the 20th at the Dubai World Trade Center.

Meanwhile, the spread of deadly novel coronavirus (Covid-19) in China, which during the past six weeks has been officially linked to the deaths of at least 1,381 people, has forced the postponement and cancellations of major shows in that country – among them the 30th East China Fair in Shanghai originally slated for March 1-4, and April’s Canton Fair in Guangzhou. Worldwide, the number of confirmed cases of infection was pegged at 64,437, of which 63,851 were recorded in the PRC, by February 13.

Nonetheless, the Singapore Airshow, Asia’s biggest aerospace and air defense event, took off according to plan on February 11 – even as virus infection fears prompted more than 70 exhibitors to pull out, including companies from the USA (Lockheed Martin), Canada (Bombardier) and China, as well as the South Korean Air Force’s aerobatics team.

As this story was being written, on the same day World Health Organization (WHO) declared the virus “is more powerful in bringing serious consequences than any terrorist attack,” it was reported that organizers of the Mobile World Congress (MWC) in Barcelona are to hold a board meeting on February 14 to determine if the February 24-27 show would take place as planned. Already a number of major companies have decided not to attend the event, which is the telecom industry’s largest annual gathering. Among those bowing out are Sony Corp., NTT Docomo, Intel Corp., Nvidia, Cisco Systems Inc, Sprint Corp. and Facebook.

“It is not just a health issue, it’s a matter of economic, political and social upheavals. I remind and will continue to remind the world to take (the outbreak) very seriously. We are asking all countries to be as aggressive as possible. Time is of the essence,” said WHO Director General Tedros Adhanom Ghebreyesus.

This is the same man who was questioned and criticized by non-United Nations medical and virology experts late last month for his delay in declaring the steadily worsening situation in China to be a global emergency. At the time he praised the PRC’s “transparency” in dealing with the crisis and expressed confidence in the measures taken by China to control the spread of the disease.

Meanwhile, more than 100,000 visitors and over 5,000 exhibitors were registered to attend Gulfood before the virus broke out in Wuhan, the capital of China’s Hubei Province, late last year. Covid-19 has spread to more than 20 countries and surpassed the 2002-03 SARS epidemic death toll, though only two fatalities have been confirmed outside of the PRC. Eight cases have thus far been recorded in the United Arab Emirates (UAE).

According to UAE’s Ministry of Health Prevention (MOHAP), four members of a Chinese family said to have contracted the infection were listed in stable condition. It issued a press release stating: “All family members are in stable condition and the situation was contained by following the most necessary precautionary measures adopted globally when dealing with infected cases.”

The Dubai Police have affirmed their readiness to prevent the spread of the new coronavirus as they enforce implemented precautionary safety measures at airports. Major General Abdullah Khalifa Al Marri, commander-in-chief of the Dubai Police and head of the Crises and Disasters Team in the Emirate of Dubai, has inspected the preventive measures systems in place at airports since the outbreak of the new coronavirus in Wuhan. Scrutinized especially was the screening process for passengers arriving on direct flights from China, which entails thermal screening at secured gates by Dubai Health Authority personnel and the Airport Medical Center team before disembarked passengers are allowed to proceed.

The Show Must Go On

Among the highlights scheduled at Gulfood will be presentation of 2020 Innovation Awards. As always, a number of frozen food and ice cream products are in the running. Competing for top prize in the Most Innovative Frozen or Chilled Food category is the Haagen-Dazs Barista Collection’s Caramel Chai Latte flavor of premium ice cream, as is Seara 100% plant-based kibbeh and breaded nuggets. 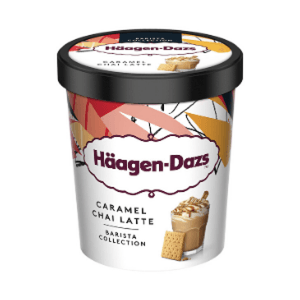 Seara, a division of Sao Paulo, Brazil-headquartered JBS, is also a finalist in the Best New Product Development category with its Gourmet Incredible Meatless Burger. The vegetable-based product’s main ingredients are beetroot, wheat, garlic and onion. It also boasts “Biomolecule I,” which is said to deliver the flavor and texture of real meat. 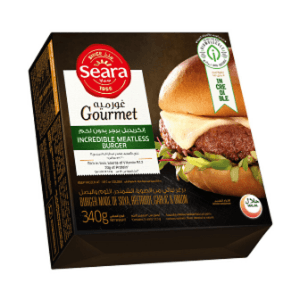 Sharjah-based Global Food Industries (GFI), no stranger to the Gulfood Awards scene, is once again in the competition. In fact, it has two products in the hunt for top accolades – one of which made the finals of two contests. That would be its Chicken Quiona & Kale with Salicornia entry, which will battle it out in both the Most Innovative Halal Food and Most Innovative Meat or Poultry categories. Also competing in the Halal Food category is GFI’s Plant Protein Pea, Quiona & Kale Burger. 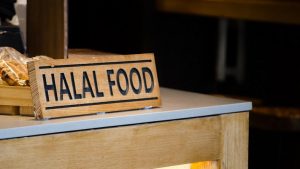 In addition to the main event exhibition and a myriad of special programs and events including Tastes of the World, the Innovation Summit and Future Zone, Gulfood will spotlight the seventh edition of the Halal World Food show-within-a-show. The platform is set up to stimulate B2B activity in the growing halal food sector in both Muslim and non-Muslim countries. Commercial opportunities are increasingly spanning the globe – from Singapore, where the first halal-certified Japanese-French café has opened, to other Asia-Pacific foodservice and retail venues as well as hypermarkets and specialty supermarkets throughout Europe, Europe, the Middle East and North Africa.

For more information about the show, visit www.gulfood.com. – Reported by John Saulnier 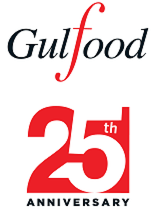 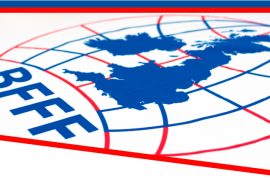 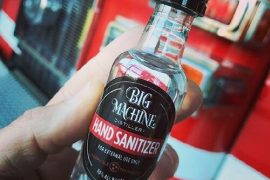 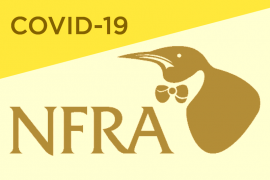