With the arrival of the solstice in the Northern Hemisphere on June 21, the longest day of the year heralds the beginning of summer – and with it the short countdown for the kickoff of the June 26-28 Summer Fancy Food Show in New York City. The 62nd running of the annual trade fair, organized by the Specialty Food Association, is expected to attract over 25,000 visitors who will stroll through aisles packed with booths displaying more than 180,000 products offered by approximately 2,400 exhibitors from 50 countries and regions around the world.

As usual, innovative frozen products will be showcased throughout the spacious Jacob Javits Center venue. From ready meals and side dishes to ice cream and upscale desserts, there will be plenty for specialty food buyers to see and sample. A short list of innovative products worth checking out follows:

Born in Korea, Made in USA 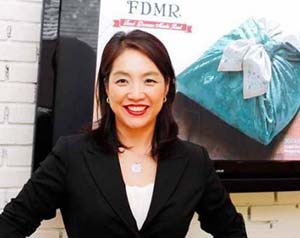 Suji Park will participate in the Fancy Food Show’s education program as a featured speaker and panelist for the Getting Started in Foodservice session on Saturday, June 25 (a day before the expo kicks off), from 2-3:30 PM. She will also be at the Suji’s Korean Cuisine stand (#1880) during the three-day fair, showcasing her “Born in Korea – Made in USA” product line.“These dishes are a wonderful addition to our beef and pork entrees that are already available to consumers at retail stores in Texas, California and other states,” said Suji Park, founder and chief executive of the Omaha, Nebraska-based company. “Like all of our products, they are made from all-natural ingredients, using non-GMO soy sauces, and are free of MSG. They are also gluten-free, which we know is a huge plus for many consumers.”

Meanwhile, Ms. Park will launch a fast casual Korean restaurant chain in Omaha this summer. Called Suji’s Korean Grill, the plan is to franchise the concept to make authentic Korean food available to a wider market across the USA.

Perfect Bite’s Dog in a Blanket 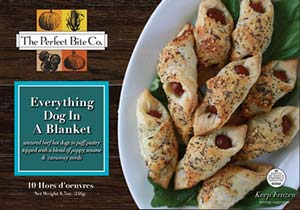 The Perfect Bite Co.’s Everything Dog in a Blanket, which placed as a finalist in the appetizer category of the Specialty Food Association’s 2016 Sofi Awards competition, will be in high profile at Booth 3908. Distributed in units of 10 per package priced at $8.99, the hors d’ouvres specialty features uncured beef hot dogs in puff pastry topped with a blend of poppy, sesame and caraway seeds accented with garlic, toasted onion and sea salt.

“We are extremely proud to be chosen as a finalist, and our entire team is thrilled to be recognized among industry peers for our Everything Dog. We knew we had something special with our uncured beef, nitrate-free hot dog, and wanted to take it to the next level,” said Teri Valentine, chief executive officer of the Glendale, California-based company. “It dawned on me recently that ours is one of the last full retail lines of frozen appetizers available in supermarkets in North America. We accept the task of being the ‘go-to’ brand for entertaining.” 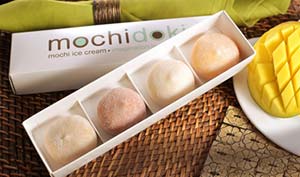 The company’s premium mochi ice cream is made using high quality rice flour (mochiko) that is steamed and carefully kneaded until it becomes chewy, soft and sweet mochi dough. It is then wrapped around gourmet ice cream to create a traditional Japanese-style treat accentuating both taste and texture.

“We like to challenge what can be done with mochi ice cream. Right now it’s these exotic collections, but who knows what will inspire us next. We’re just getting started, ” said Ken Gordon, founder of New York-headquartered Mochidoki.

Mini Cheese Stuffed Bagel Balls will be among products from Bantam Bagels served to show-goers at Booth 5662 by the New York City bagel bakery headquartered in Manhattan’s West Village. The bite-sized treats, known as “Bantams,” come pre-filled with cream cheese already on the inside to facilitate easy munching while on the move.

“Everyone knows New Yorkers love their bagels and that is a large part of why we decided to start our business here two years ago,” said co-founder Nick Oleksak.

“We realized it was no small task to change the way New Yorkers consumed their beloved bagel, but we also knew if we could make it here, we could make it anywhere,” added wife and fellow co-founder Elyse Oleksak.

Having gained distribution into over 1,500 Starbucks locations, and obtained recent listings at 270 Safeway stores, Bantam Bagels is placing a strong emphasis on its entry into the frozen section of supermarkets as well as foodservice outlets.

“By expanding into frozen grocery, bagel ball lovers across the USA can take a bite of New York City wherever they are,” said Mr. Oleksak, who sees entry into the frozen retail realm as a way “to change the way America eats bagels.”

Belgians Also on the Bagel Ball

One doesn’t necessarily have to be from New York to be a creative player in the frozen bagel field. Oostende, Belgium-headquartered Frima NA will hold forth at Booth 106 with Mini Bagel Balls stuffed with Apple Caramel.

With a frozen food pedigree that dates back to 1947 – including more than 20 years under ownership of McCain Foods before being sold to two independent entrepreneurs in 2009 – Frima’s wide assortment of products ranges from panini and pizza to molleux au chocolat, waffles, soups, pastas, chicken curry, seafood ready meals and more.

For more information about the Fancy Food Show, which is especially dedicated to buyers and sellers in the $120.5 billion specialty food industry, visit the organizer’s website at: www.specialtyfood.com. – Reported by John Saulnier 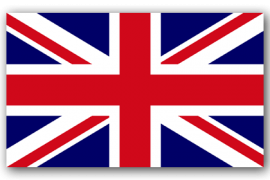 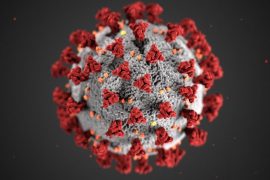 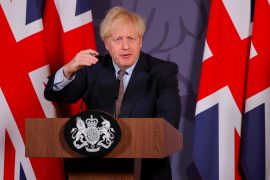