Summertime, and the Living is Easy, Fish are Jumping and the Surf is High

Aloha from FrozenFoodsBiz.com’s Pacific Ocean hill station on Maui, where this writer temporarily has the tough task of filing stories when not hiking the trails of Haleakala or hanging loose after catching waves curling at Keawakapu Beach between Kihei Surfside and Wailea Point.

This is a working vacation to be sure, as half of the day is spent trying to keep up with ongoing developments in far, far away frozen food world hot spots. Interestingly, though, some of the recent breaking news is local in origin, even if generated from far, far away New York City at the Summer Fancy Food Show. Though it’s the first time in years that I have not attended the exhibition, no worries, as I can indulge in one of the coolest products enjoyed by long lines of samplers at the Jacob Javitz Convention Center in Manhattan right here, island-style.

Aiea, Hawaiian-churned Bubbies Mochi Ice Cream was all the rage at the June 26-28 Big Apple event. Its successful 65th edition was organized and run by the Specialty Food Association.

Bubbies, founded in 1985 by Keith Robbins, who opened his first ice cream parlor a few blocks from the Manoa Campus of the University of Hawaii in Honolulu, was the focus of Today Show TV cameras that provided big scoops of positive publicity nationally for its16-flavor product line featuring ice cream wrapped in soft, sweetened rice dough. The bite-size treats run the gamut from Azoki Bean and Mango to Passion Fruit, Guava, Lychee, Green Tea and half a dozen more to explore.

The company’s rise to stardom was launched in a big way after television show celebrity, magazine publisher and part-time Maui resident Oprah Winfrey added Bubbies Mochi Ice Cream to her highly influential list of favorite things in the June of 2006 issue of “O, The Oprah Magazine.” 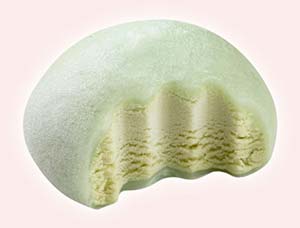 “Bubbies has been surprising and delighting customers for more than three decades from the Hawaiian Islands, and with expanded distribution channels and national exposure like this, we’ve literally hit the big time,” said CEO Rick Schaffer about the attention garnered at the Summer Fancy Food Show. 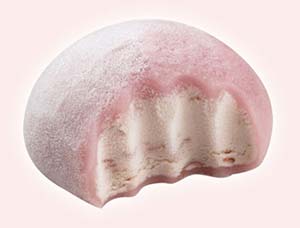 For lunch, Poke from the nearest Safeway supermarket outlet will do just fine. The ahi tuna speciality, made from fish that is cubed and accented with seasoning mixes inspired from traditional Hawaiian flavor profiles and typically served in the islands as a spicy appetizer or as a plate lunch component, is generating a high tide of ever increasing demand in the mainland United States.

Poke bowls are on a real roll across the American continent, which is quite amusing to Chef Mark “Gooch” Noguchi of Hawaii’s Pili Group.

“There’s this obsession over how Poke comes in a bowl, which is funny to me,” he said. “We Asians have been eating out of bowls for generations. Polynesians, too. Take a coconut, cut it in half – that’s a bowl. It’s the most efficient way to eat, and when you get to the bottom, you can raise it to your mouth and shovel the rest in. In Hawaii, we don’t say we serve poke in a bowl. The average local family has more bowls than plates.” 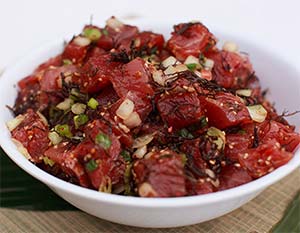 The culinary tsunami from Hawaii that is reaching shores and stores around the world is most interesting indeed, as people who have never set foot within the island chain are increasingly able to taste versions of the local delicacy that include favorites featuring ahi, limu, salt, green and white onions, and inamona (roasted, chopped kukui nuts); and spicy ahi poke (ahi and a creamy, spicy mayonnaise sauce with tobiko).

All this writing is making me very hungry, brah. If I stop now and head across the way to 5 Palms at the Mana Kai, it might still be Happy Hour. That long-lasting Maui time period can actually last for four or more hours of happiness, as appetizers and drinks are served at half price. Better hurry now, before it’s too late.