With the sorrowful passing of Queen Elizabeth II at the age of 96 on September 8, the world has lost the very best of Great Britain. May she rest in peace, after having devoted a lifetime of service to the United Kingdom, the British Commonwealth and other reaches near and far throughout the global community.

The Margate, England-headquartered team at FrozenFoodsBiz.com (FFB), like many others in the United Kingdom’s food industry, salute Her Majesty’s 70 years of steadfast dedication to duty. For one of the founders of FFB, born in London during the year of the Queen’s coronation, the reassuring presence of the longest reigning monarch in British history will be greatly missed as the deep sense of loss to him and indeed to much of the UK population is almost familial.

As stated in the House of Commons last Friday by Britain’s new Prime Minister Liz Truss, who was invited to Balmoral Castle in Scotland by the Queen just three days before Her Majesty’s death to officially form a government and become her 15th Prime Minister:

“She was the rock on which modern Britain was built. She came to the throne – at just 25 – in a country that was emerging from the shadow of war. She bequeaths a modern, dynamic nation that has grown and flourished under her reign.”

The British Frozen Food Federation, echoing the sentiments of so many throughout the Kingdom, posted the following within a black banner at its website:

“We are deeply saddened by the death of Her Majesty Queen Elizabeth. She was a reassuring constant in all of our lives, a tower of strength, dedication and dignity, an example to us all how to behave no matter what is happening around you. On behalf of the industry, membership and staff of BFFF, our thoughts and condolences go out to the Royal Family at this difficult time.”

Additional tributes have be paid by leaders in the food production and retail trades, including this from Sainsbury’s CEO Simon Roberts:

“We are very sorry to learn of the passing of Queen Elizabeth II. She was a truly remarkable woman and an inspiration to so many people all over the world. Some of our colleagues had the honor of hosting her at our Sainsbury’s 150th birthday celebrations and we were so grateful to her for the time she took to celebrate with us.”

As the Union Jack flies at half-mast throughout the United Kingdom and British Commonwealth nations, and the bells toll at Westminster Abbey, Saint Paul’s Cathedral, Windsor Castle and elsewhere for the last public official in Britain to have served in uniform during World War II, the end of an era has arrived.

The Queen was also the Supreme Governor of the Church of England, and during the trying times of the height of the coronavirus pandemic, the longest serving British monarch assured her subjects: “We should take comfort that while we may have more still to endure, better days will return. We will be with our friends again; we will be with our families again; we will meet again.”

The last line in her address referred to a touching song entitled “We’ll Meet Again,” popularized by Vera Lynn during World War II.

Rest in Peace Queen Elizabeth II. God Save the King. 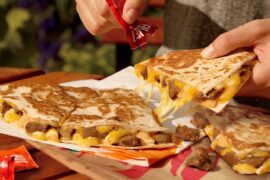