Tyson Day Starts have been formulated to especially appeal to time-pressed families who take breakfast at home or on the go, as the microwaveable products are ready to serve to less than two minutes.

“We value the feedback and input of our consumers and turned to them to understand what they are looking for at breakfast time. These insights revealed they want a breakfast they can heat quickly and take on the go,” said Carolyn Rehbock, vice president for insights and innovation at Tyson Foods.

In conjunction with the introduction of Day Starts, Tyson is partnering the Florida orange juice industry in promoting a beverage that is naturally rich in vitamin C and a good source of potassium.

“Today’s busy mornings call for quick and convenient breakfast solutions that are satisfying and energizing. A Tyson Day Starts breakfast sandwich and a glass of Florida orange juice are a perfect pairing,” said Doug Ackerman, executive director of the Florida Department of Citrus.

The Florida Department of Citrus is the executive agency of Florida’s government charged with the marketing, research and regulation of the state’s citrus industry. Its activities are funded by a tax paid by growers on each box of citrus that moves through commercial channels. The industry employs nearly 76,000 people, provides an annual economic impact of close to $9 billion to the state, and generates hundreds of millions of dollars in tax revenues.

Meanwhile, Tyson has reported that first quarter sales for fiscal 2014 were up 4.7% to $8.8 billion over the same period the year before. Operating income increased 36% to $412 million. The company’s chicken segment realized a record $225 million in operating income, though margin fell by -7.5%. The pork segment rang up operating income of $121 million, as margin declined by -8.5%.

Pork sales volumes decreased as a result of Tyson’s balancing its supply with customer demand and a reduction of exports. Average sales price increased primarily due to mix changes and lower total hog supplies, which resulted in higher input costs. While reduced compared to the prior year, operating income remained strong despite brief periods of imbalance in industry supply and customer demand. Strong operating margins were maintained by maximizing revenues relative to live hog markets, partially due to operational and mix performance.

Prepared foods sales volumes advanced on account of improved demand and incremental volumes from the purchase of two businesses later in fiscal 2013. Average sales price grew due to better product mix and price increases associated with higher input costs. Operating income decreased, despite increases in sales volumes and average sales price, as a result of higher raw material and other input costs of approximately $40 million and additional costs incurred as the company invested in the lunchmeat business and growth platforms. Because many of Tyson’s sales contracts are formula-based or shorter-term in nature, the company is typically able to offset rising input costs through pricing. However, there is a lag time for price increases to take effect. 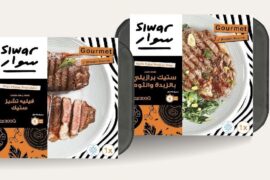 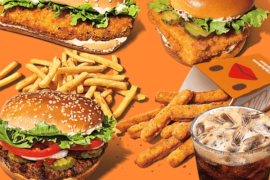 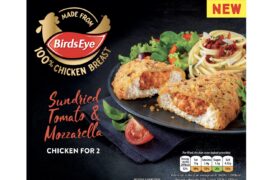