Tyson has introduced frozen Breast Strip, Breast Fillet and Nugget varieties of Air Fried Chicken distributed in 25-ounce bags. Promoted as “perfectly crispy,” antibiotics-free and containing 75% less fat than like-size breaded and boneless products in the retail marketplace, the all-white meat chicken SKUs are now available at stores throughout the USA. Walmart is selling the Nugget offering for $4.97.

“The first of its kind, fully-cooked Tyson Air Fried Chicken was created with both taste and convenience in mind,” said Colleen Hall, the company’s director of marketing for branded products. “We air fry it for you, so just heat it in the oven for an easy dinner or snack the whole family can enjoy.”

At-home air frying is trending, with nearly 10 million air fryers sold in the United States between May 2017 and March 2019, according to market research firm NPD Group. Air frying works by circulating hot air at high speed and cooking the food to a crisp. It requires less oil than traditional frying methods.

Springdale, Arkansas-headquartered Tyson is heralding the new product line launch with a prize giveaway promotion. Now through November 7, fifteen people will have a chance to win an Air Plate, which comes complete with a levitating plate, a package of Tyson Air Fried Chicken Breast Strips, a napkin and a ramekin to hold dipping sauces. Consumers may enter the contest by tweeting @TysonBrand and commenting on how the dining kit will elevate their next meal. 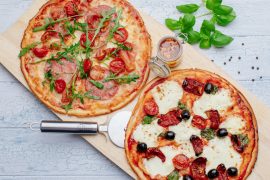 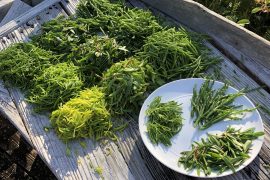 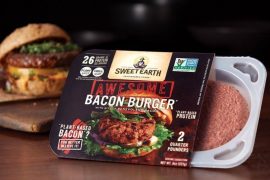