President Donald J. Trump has invoked the Defense Production Act to designate meat processing plants in the United States as “critical infrastructure” during the duration of the novel coronavirus (SARS-CoV-19) pandemic. The executive order provides additional liability protection to packers that remain open during the health crisis.

During the past few weeks as many as 13 beef, pork and poultry plants – among them major facilities operated by industry giants Tyson Foods, Cargill, JBS USA (a unit of Sao Paulo, Brazil-headquartered JBS S.A.), Smithfield Foods (a wholly owned subsidiary of the Luohe, Henan, China-headquartered WH Group) and National Beef Packing – have shut down as line workers have tested positive for coronavirus and gone into quarantine. Reportedly as many as 13 meat and food processing personnel have died of complications from the virus.

Many employees, fearful of contracting the potentially life threatening Covid-19 respiratory disease caused by the contagion, have opted not to shown up for work. The labor shortage is threatening the nation’s meat supply chain to the point where it is breaking, according to Tyson Foods CEO John Tyson.

“There will be limited supply of our products available in grocery stores until we are able to reopen our facilities that are currently closed,” he stated. “In addition to meat shortages, this is a serious food waste issue. Farmers across the nation simply will not have anywhere to sell their livestock to be processed, when they could have fed the nation.”

In a paid newspaper advertisements entitled “A Delicate Balance: Feeding the Nation and Keeping Our Employees Healthy,” published recently in the Washington Post and New York Times, Tyson warned that a prolonged closure of processing plants will prevent millions of pounds of meat from entering the marketplace, reducing shipments to grocery stores and resulting in higher prices for products that are available. 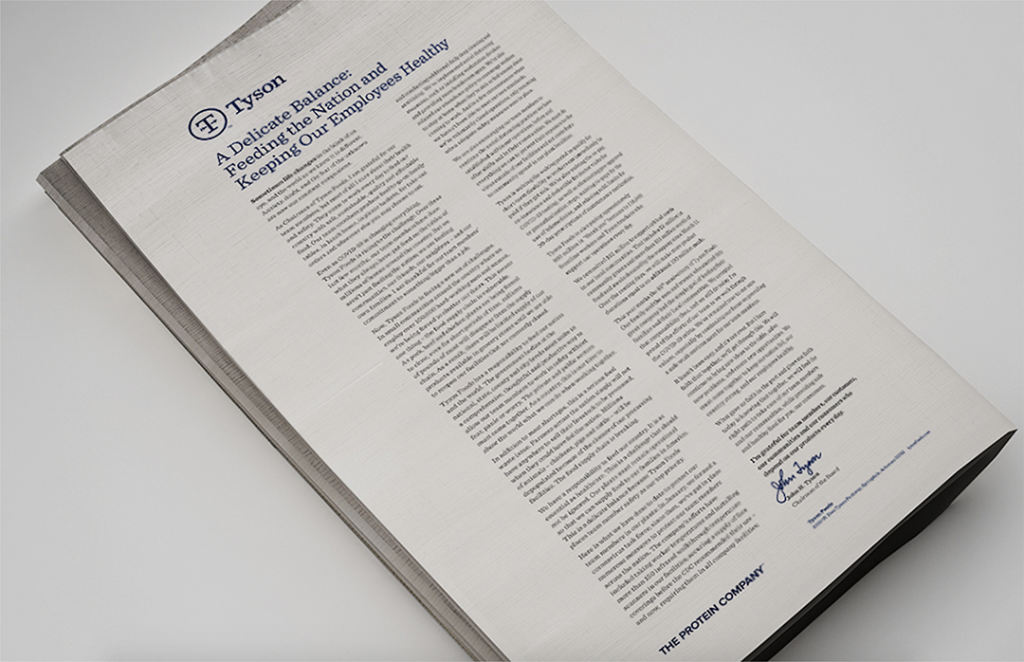 President Trump, in a question and answer session at the White House on Tuesday following a briefing on the coronavirus relief package offered to small businesses, told reporters that the executive order “will solve any liability problems.”

He added: “We’re working with Tyson, which is one of the big companies in the world. And we always work with the farmers…There’s plenty of supply. It’s distribution… It was a very unique circumstance, because of liability.”

Chairman Tyson, in a statement issued on Sunday, remarked: “Tyson Foods has a responsibility to feed our nation and the world. The government bodies at the national, state, county and city levels must unite in a comprehensive, thoughtful and productive way to allow our team members to work in safety without fear, panic or worry. The private and public sectors must come together. As a country, this is our time to show the world what we can do when working together.”

Mike Brown, president of the Washington, DC-headquartered National Chicken Council (NCC) has welcomed President Trump’s executive order action to keep poultry and meat plants operating during the national crisis, which thus far has seen 26 million people file for unemployment benefits as the national economy shrank 4.8% during the first quarter of 2020. This is the first downturn since the last recession in 2008. It is feared that gross domestic product (GDP) could fall at an annualized rate of 30% in the second quarter and that the unemployment rate could rise from 4.4% to 15%.

“We are grateful to President Trump for making this bold decision to protect our country’s food supply during these unprecedented times,” said Brown “The chicken industry’s main goal is to keep our essential workers safe and healthy. Our industry is following all CDC, USDA and OSHA guidelines, and many have consulted with infectious disease physicians to develop site plans. Companies began weeks ago enacting additional measures to keep workers safe, such as increased cleaning and sanitation of the plants, temperature checks before entering facilities, social distancing measures, installing plastic dividers between work stations, paid leave for sick or at risk employees, issuing masks and other personal protective gear, among many others measures.”

He continued: “While doing everything we can to keep employees safe and healthy, the biggest challenge has been inconsistencies among the states and many localities in enforcing CDC guidelines in plants that add to confusion and can lead to unnecessary shutdowns. This patchwork approach is posing grave risk to the supply chain and threatening great disruption to NCC member companies. There must be a uniform approach across all states and we are hopeful that today’s announcement is a good first step in achieving that goal. NCC is urging states to immediately adopt CDC, OSHA and USDA guidelines for a uniform approach to first keep workers safe and keep Americans fed.” – Reported by John Saulnier 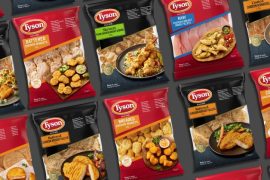