UK Decision Not to Extend Energy Support for Businesses Disappoints

The Autumn Statement delivered by United Kingdom Chancellor of the Exchequer Jeremy Hunt on November 17 did not go over well with members of the British Frozen Food Federation (BFFF). Upon release of the document, which estimates the impact of tax, welfare and public service spending decisions, BFFF Chief Executive Rupert Ashby issued the following remarks:

“Ministers need to understand the consequences of rising energy prices on businesses in the frozen food industry, which currently provide households across the country with healthy, nutritious, and affordable food.

“Despite representations made to ministers by the BFFF and other bodies, the decision made by the government not to extend energy support for businesses past the end of March means that skyrocketing costs in the frozen food industry will be passed on to customers in supermarkets, exacerbating the ongoing cost of living crisis.

“Today’s statement has provided no reassurance that the government is serious about backing British businesses and, importantly, shows a disregard for food security. Rising costs for frozen food businesses make it harder to ensure affordable food is readily available for families at what is already a difficult time when household budgets are squeezed.

“Frozen food is a nutritious and affordable option for households across the country, and sales of frozen food have been rising as families grapple with the cost of living crisis. Frozen food also helps to reduce food waste, saving households money and reducing carbon emissions, due to the long shelf-life of frozen produce and easier portion control compared to fresh and chilled foods.

“The government must continue to keep the policies announced today under close review over the next few months, and ministers need to understand that if businesses in the frozen food industry are not properly supported, families across the country will have to choose between heating and eating.” 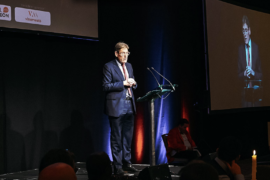 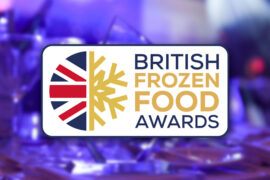