Rosemont, Illinois-headquartered US Foods has announced that it is acquiring F. Christiana, a broadline distributor of food and food-related products concentrating on center-of-the-plate categories as well as dairy and dry goods. Its frozen product line includes seafood, poultry, alligator tail meat, vegetables, potatoes, pies and chili. 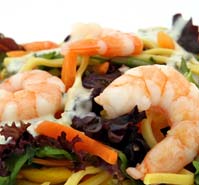 “F. Christiana has an excellent reputation in the independent operator space,” said Keith Knight, south region president of US Foods. “When combined with their success in key strategic markets such as New Orleans and Baton Rouge, this acquisition will further enhance our position with new and existing customers in Louisiana.”

The acquired company will continue to operate under the F. Christiana name and will remain in the 70,000-square-foot facility where it conducts business today. The transaction, terms of which were not disclosed, is expected to close by mid-June.