Columbus, Ohio-headquartered White Castle has expanded into Walmart freezer sections across Canada with the introduction of White Castle Cheeseburger Sliders. After becoming one of the top selling sandwiches in supermarkets throughout the United States, the sliders are now available in nearly 400 Walmart locations north of the border.

Founded in 1921 in Wichita, Kansas, White Castle is regarded as America’s first fast food hamburger chain and is well known for introducing The Original Slider® made from 100% USDA inspected beef. Today it operates nearly 400 family-owned restaurants in 13 US states and offers a menu of sliders and other options ranging from french fries and onion rings to fish nibblers, breakfast items and desserts. 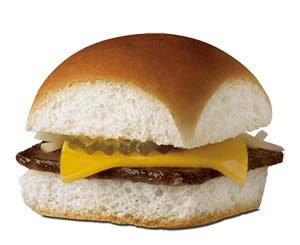 White Castle products have been available in Canadian convenience stores since 2015, but the recent launch into Walmart outlets provides a boost in accessibility to consumers in Canada. Walmart serves more than 1.2 million customers each day and is the first major grocery chain in Canada to bring sliders to market. The fast food chain launched its retail products line in 1986 and has since expanded to retail outlets across the United States and a number of international locations.

“We’re very excited to partner with Walmart and offer our Cheeseburger Sliders to Walmart customers from coast to coast,” said Jamie Richardson, vice president of White Castle. “In our continued pursuit to meet the needs of customers wherever they are, this expansion will bring our years of slider expertise to more Canadian families.”

White Castle’s pre-cooked sliders are ready to eat after approximately one minute of microwave oven preparation. They are produced with components from company-owned and -operated meat processing plants and bakeries, and further processed at three frozen food processing plants.