With the iba trade fair for the bakery, pastry and snacks trade fast approaching, suppliers to the sector and buyers are gearing up for the September 12-17 event at Messe München in Germany. Held every three years without interruption since 1949, the 2015 edition is expected to attract more than 70,000 visitors from 164 countries. They will have plenty to see, as 1,255 exhibitors from 58 nations will be on the scene showing everything from raw materials and ingredients to ovens, improvers, freezing systems and plenty more.

The frozen fruit division of Ooigem, Belgium-based Crop’s NV will hold forth in Hall A4, Booth 511, promoting its wide assortment of bakery solutions ranging from red fruit mixes and purees to exotic fruits, applies, pears, peaches, plums, figs and other items.

From Costa Rica to Chile and the Baltic States, the company sources raw materials around the world. All of its freezing and packing units are located close to growing areas, which assures that fruit is selected, cut and frozen within two to four hours after being harvested. This guarantees maximum preservation of vitamins, flavor and texture, as well as eliminates the need for using artificial coloring or additives. 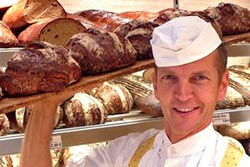 Representatives of Survon Sur Vilaine, France-headquartered Bridor SAS, an international supplier of frozen baked goods in general and a croissants maker par excellence, will be found at Stand 477 in Hall A3. However, its operations team will be walking the floors in search of new equipment and technology to improve production quality and boost line speeds at factories.

The Bridor operations crew may well want to visit the folks at Heinen Freezing GmbH & Co., who will show their technical expertise at Stand 171 in Hall A1. The Varel, Germany-based company, a member of the Kahl Group, designs builds and installs industrial machines and equipment for freezing and cooling, as well as for the continuous pasteurizing and proofing food products. Whether single, low-capacity units, a large-scale series of machines, or complex combinations of equipment integrated into a production line – its products are tailor-made to suit client specifications. The company excels in supplying customized systems or adapting models in its standard line to meet the exacting requirements of customers.

Arctic from Heinen, for example, is a universal and flexible spiral system for conveying, cooling and freezing baked goods as well as other products. It can handle medium to large capacities. For start-up food producers of baked goods or small production runs of other kinds of food products, a compact system is available.

Assembly in pre-mounted modules allows for quick onsite installation as single drum or double drum, as an upward or downward conveying system in belt widths from 660 mm to 1,422 mm. Depending on the product line, the arctic is equipped with 12 to 36 tiers for capacities from 500 kg per hour to 5,000 kg per hour. The central drive underneath the drum has no chains or any other open greasing points. Air flow depends on the process and product. Capable of operating for 144 hours without interruption, the arctic’s sequential defrost mechanism is regarded as a plus for frozen food producers. 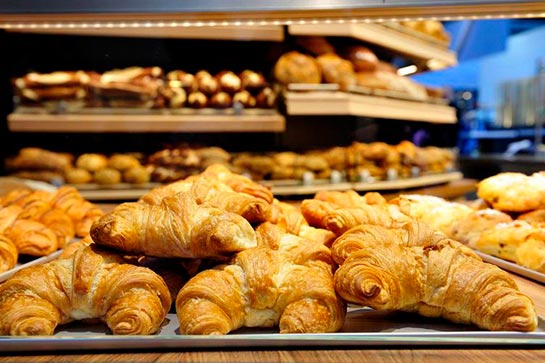 Elsewhere on the industrial freezing front, Helsingborg, Sweden-based JBT will introduce the GYRoCOMPACT 60® Spiral Freezer under its Frigoscandia line at Stand 463 in Hall A5. While retaining the key features of Frigoscandia’s freezing technology, including its self-stacking belt, it features a new compact footprint of only 7650mm x 4350mm.

In addition, the drive power on the unit has been reduced by 65%, compared to the previous generation of GYRoCOMPACT M6 and Classic 600 Spiral Freezers, resulting in lower energy consumption and less risk of problems to freezer components.

“The significant reduction in power consumption is due to a number of factors,” said Torbjörn Persson, JBT’s portfolio and applications director. “We’ve also re-designed the outfeed drive system and introduced a new automatic lubrication system. Compared to conventionally driven spiral freezers the size of the motors is smaller, requiring a total nominal power of only 2.25kW. Most applications don’t require a gearbox motor, so this eliminates any syncronization issues..”

The GYRoCOMPACT 60 Spiral Freezer can freeze up to 1,400 kilograms per hour of fully baked brötchen on the smallest possible footprint, added Persson. It also features the FRIGoBELT® Nova conveyor, JBT’s patented self-stacking belt which is designed and manufactured as an integral part of the GYRoCOMPACT freezers. The FRIGoBELT conveyor can be designed and built to suit specific applications and has a life expectancy of 75,000 hours.

CPS Makes the “Impossible” Packable
Showcasing a fully automatic end-of-line case packing system with special emphasis on flexibly packed products and trays at Stand 445 in Hall B1 will be Case Packing Systems (CPS).

In order to supply customer-specific case packing lines, CPS integrates X-ray scanners, metal detectors, check weighers, coding systems and case erectors in its systems. The total case packing line is normally supplied with complete product and box supply systems, and may also include merging and buffering systems, to the final discharge of sealed boxes, which is completely designed and constructed by CPS engineers in house.

The company produces a full range of industrial case packers. If required, collaborations can be set up with partners to deliver complete turnkey projects, including packaging machines and palletizing systems. 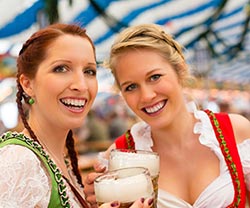 In München Steht Ein Hofbräu Tent, Eins, Zwei, g’suffa!
Last but not least, even though the iba takes place in September, there will be a genuine “Oktoberfest” atmosphere at a 1,000 person capacity tent pitched next to Hall B6 at the fairgrounds’ east entrance. As the beer endears, the world-famous Bavarian lust for life will be on full display along with gutes essen and live music from the band “Manyana.” The tent’s opening times (except on the last day of the show) are from 5- 11 PM. On Tuesday, September 15, the facility has been reserved exclusively for an Exhibitors’ Night event. 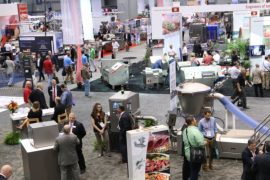