Atlanta, Georgia-headquartered Americold Realty Trust has entered into a strategic joint venture to own approximately 15% of SuperFrio Armazéns Gerais SA, a leading temperature-controlled storage operator in Brazil, for approximately BRL $118 million (equivalent to about USD $28 million based on current exchange rates) in cash consideration. Finalization of the transaction is subject to customary closing conditions and is expected to occur during the first quarter of 2020.

Brazil is the ninth largest economy in the world, with a population of approximately 210 million people. The South American country is also a key market in the global food chain, as it is a leading exporter of beef, poultry and other commodities. SuperFrio currently operates 16 facilities offering 35.1 million cubic refrigerated feet in the nation.

“We are very pleased to announce our partnership with SuperFrio. Through this joint venture, we are able to enter a strategic market in terms of both consumption and production. Establishing a presence in Brazil will help us to better service current and future Americold customers. SuperFrio has built a high quality portfolio and a sophisticated platform with a track record of growth and value creation,” said Fred Boehler, president and chief executive officer of Americold Realty Trust.

He added: “This agreement allows Americold to partner with leaders in the Brazilian market while providing for future growth through roll-up acquisitions and selective development projects, with the option to acquire full ownership of SuperFrio starting in 2023.”

SuperFrio is currently owned by Pátria Investimentos, a leading Brazilian private equity firm with approximately USD $14 billion of assets under management. Americold will gain a seat on SuperFrio’s board of directors and retains the exclusive right to acquire the remaining ownership in the company during a designated exercise window starting in 2023. 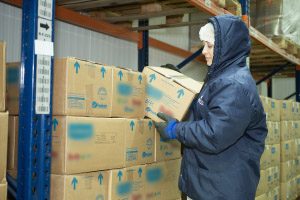 Under the terms of the agreement, Americold will commit to fund up to an additional BRL $127 million (equivalent to approximately USD $30 million based on current exchange rates), at its pro-rata share for the joint venture’s acquisition and development activity over the next two years.

The acquisition is expected to be funded with a combination of cash on hand and revolver proceeds, and is to be accretive on a leverage neutral basis.

Americold is the world’s largest publicly traded Real Estate Investment Trust (REIT) focused on the ownership, operation, acquisition and development of temperature-controlled warehouses. It owns and operates 178 temperature-controlled warehouses, with over 1 billion refrigerated cubic feet of storage, in the United States, Australia, New Zealand, Canada, and Argentina, as of December 3, 2019.

Total revenue for Americold during the fourth quarter of 2019, reported on February 20, was $486.0 million – a 16.9% increase compared with the same quarter of the prior year. Growth was driven by incremental revenue from 2019 acquisitions, contractual rate escalations and growth in fixed commitment storage contracts. Additionally, the launch of the Chicago expansion and stabilization of the Middleboro, Massachusetts facility also contributed to this growth. These factors were partially offset by the translation impact of the strengthening US dollar.

“We completed $1.4 billion of strategic acquisitions during 2019 and delivered advanced temperature-controlled expansions in Chicago, Chesapeake and North Little Rock, while making significant progress at our ongoing development projects in Savannah and Atlanta,” stated Boehler. “Through these actions, we grew the portfolio by 17% in 2019, to over one billion refrigerated cubic feet, while maintaining a low leveraged, flexible balance sheet. We also earned industry-leading recognition for the energy efficiency of our portfolio.”

The president and chief executive officer added: “We are off to a strong start in 2020, having completed our previously announced platform acquisition of Nova Cold in Canada, and enhanced our market position in the upper Midwest through the acquisition of Newport Cold Storage. We are excited to announce two additional growth projects including our customer driven expansion in Auckland, New Zealand and our investment in SuperFrio in Brazil.” 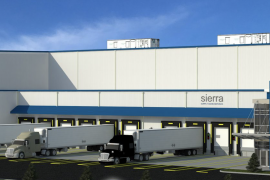 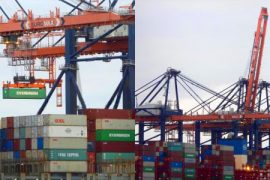 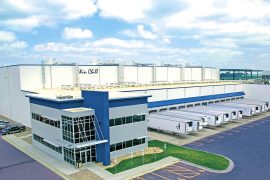