Appetite for Halal Food Strong in UK, As is Movement for Animal Welfare 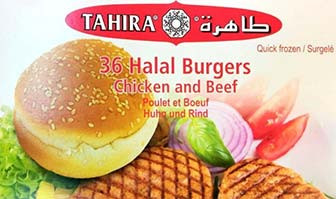 There has been much contention regarding halal products in the United Kingdom over the last five years, with large numbers of British consumers boycotting supermarkets selling meat derived from animals that have not been stunned before slaughter.

Although current UK law requires animals to be rendered immobile or unconscious before slaughter to prevent them from suffering, exemptions are allowed that permit non-stun slaughter for religious purposes that serve Muslim and Jewish communities.

The Arabic word halal is defined as “permissible,” and the rules of slaughter are according to Islamic law. This requires the live animals to be healthy before the process of slaughtering, which is performed by a Muslim butcher who ritualistically recites a religious verse. The animal’s throat must be cut by the blade of a sharp knife severing the carotid artery, jugular vein and windpipe in a quick, single slash. Thereafter it is essential for the blood to be immediately drained out of the carcass.

Demand for halal food in Britain, where the Muslim population was reckoned to be 3.3 million by the Office of National Statistics’ Annual Population Survey April 2017 to March 2018, is rising. The figure is expected to triple in the next 30 years, according to projections from the Pew Research Center. Globally, and it is estimated that 1.2 billion or more Muslims strictly follow halal dietary guidelines. This is a demographic that retailers cannot ignore.

Indeed, Statista cites Islam as the second largest religion in the world, which means there is huge demand for halal products in many regions. In fact, the second largest sector of the global halal industry is halal food, with a 36% market share.

However, the method of preparation of halal meat products doesn’t always sit well with many UK residents who value animal welfare in high regard. Having said that, it should be pointed out that the nation’s Food Standards Agency (FSA) estimates suggest that almost 90% of animals slaughtered by halal procedure in Britain are stunned in a manner deemed religiously acceptable by many Muslims.

According to the Royal Society for the Prevention of Cruelty to Animals (RSPCA), 65% of halal meat in the UK comes from animals that have been stunned prior to slaughter. However for many Muslims this still would not be permissible to eat as it is classed as carrion, or deemed as decaying flesh, which is forbidden by Islamic law. Therein lies the problem, which is very much a case of animal welfare verses religious beliefs.

Until such legislation is in place, the RSCPA and BVA are calling for:

“We’re opposed to non-stun slaughter and we’re calling for an end to the practice,” said Chris Sherwood, chief executive of the RSPCA. “Our concern does not relate to the expression of religious belief, but the welfare of animals.”

Despite the call for a ban on non-stunned halal meat, there remains huge demand from Muslim communities, which creates difficulty for UK supermarkets keen to please customers of all faiths and from all walks of life.

Halal meat remains a controversial subject in Britain, and as such all the major supermarket chains contacted for this report declined to comment on the subject. However, the majority of them sell branded halal products from un-stunned animals. 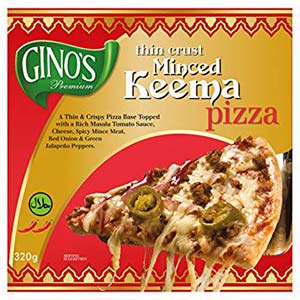 Asda states: “At Asda we stipulate that all of our meat must be stunned pre-slaughter.”

Morrisons also states that 100% of its fresh branded meat is stunned prior to slaughter, although there is no mention of its frozen meat products. The supermarket does, however, offer a range of eight frozen halal products under the Salaam Foods, Humza and Allgroo brands. Products range from vegetable gyoza mandu and meat samosas to southern fried chicken pops and cooked chicken breast strips.

In its corporate responsibility statement, Morrisons declares: “We respect the fact that some religious communities want to eat food produced in accordance with their beliefs and sell branded halal and kosher products where there is strong customer demand. It’s clear from the labeling that these products are halal or kosher.” 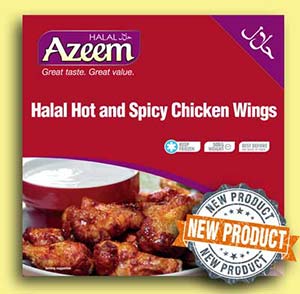 In a statement on animal welfare, Sainsbury’s comments: “We know that animal health and welfare matters to our customers. And as you might expect, with sourcing with integrity being one of Sainsbury’s core values, it’s very important to us too.

“Pre-slaughter stunning all the livestock and farmed salmon, trout and pangasius, which go towards Sainsbury’s brand products, are stunned before slaughter according to both regulatory requirements and current best practice industry guidance. We do not accept meat for our own brand products from abattoirs that slaughter without stunning.

“To meet customer demand, we do sell a range of branded halal and kosher meat in some stores. These are very clearly labeled as kosher and halal.”

As an international retailer operating in European and Asian markets, Tesco stocks products that appeal to its customers’ different cultures and religious beliefs. In the UK, meat components in Tesco’s own label items are sourced from animals that are stunned before slaughter. However, in a small number of stores it sells branded meat or hosts concessions that offer un-stunned halal meat. This meat is clearly labeled so customers can make informed choices. 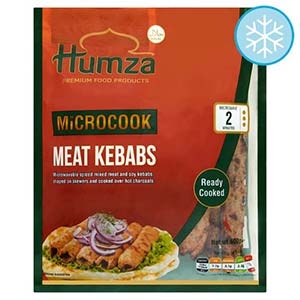 Tesco states: “Halal food is food which is permissible or lawful according to traditional Islamic law. The description halal relates to both the type of food eaten and its method of preparation. For meat, the process requires a Muslim to recite a dedication, known as tasmiya or shahada, and can be either stunned or unstunned before slaughter.

“All our Tesco branded meat suppliers to the UK market stun the animal before slaughter, even though some of this is also processed to halal standards, the point of difference from conventionally-slaughtered animals is that the animal receives a blessing before slaughter. This allows the processors to export parts of the carcass not used by European customers to other countries, such as those in the Middle East, where demand for halal meat is higher, a practice which helps to minimize waste. As we do not specify to these suppliers that halal practices should be followed, such as a blessing, we choose not to market the meat as halal. For example, the vast majority of New Zealand lamb sold in the UK is processed to the halal standards described.”

While the majority of supermarkets sell a small variety of frozen halal products, there still remains a large disparity between demand and supply. The retail sector is missing out on a lucrative market, it seems, from fear of public opinion. – Reported by Sarah Welsh