J. William “Bill” Hudson, former president and chief executive officer of the Global Cold Chain Alliance (GCCA), will be among three food industry leaders inducted into the 2020 Hall of Fame by the Distinguished Order of Zerocrats organization of the National Frozen & Refrigerated Foods Association (NFRA) and the American Frozen Food Institute (AFFI). Joining him will be Tom Madden, president of Rite Stuff Foods, and David E. Moore, former chairman and co-founder of Superior Foods.

Hudson, who retired from the GCCA four years ago, is now a partner in the Heidrick & Struggles office in Washington, DC, and serves the trade and professional association market to provide recruitment services, on-boarding of new executives, succession planning and nonprofit board development. He began his association leadership career at the US Travel Association.

From 1982 until 2015 Hudson headed the GCCA, a partnership of associations dedicated to the distribution of food commodities worldwide. Under his leadership, GCCA evolved into a global organization with members in 76 countries and offices worldwide. Through the World Food Logistics Organization, he initiated partnerships with USDA, USAID, USTD and the Bill and Melinda Gates Foundation to address post-harvest foodstuff challenges around the world.

Tom Madden began his professional career in 1961 with General Foods, moving on to various sales and management positions of increasing responsibility with Dole, Castle & Cooke and then Calavo. He started his own business in 1989, founding Rite Stuff Foods to produce specialty potato items with a focus on quality, new flavors and sizes, and service. 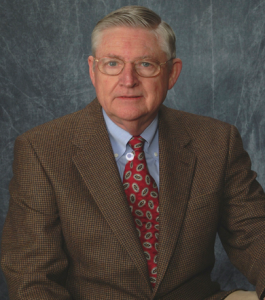 As sales and national distribution increased, Madden moved the company from California to Idaho to be closer to the source of potatoes as well as have access to more production and warehouse space. Rite Stuff, which today employs approximately 250 people, continued to expand by adding new products including fried and filled potato shells and wedges. 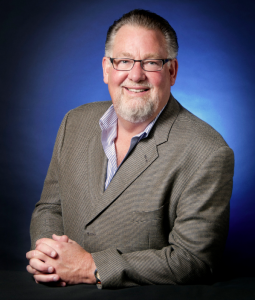 Superior Foods was also the first to introduce bag-in-bag packaging. The concept grew from club stores’ need to provide frozen asparagus in a package that both creates smaller units within a bag and protects the product against breakage.

Moore remains active on the board of Superior Foods and AFFI. He previously served on the Frozen Food Foundation Board of Directors.

The inductees will be honored at the Distinguished Order of Zerocrats meeting during the AFFI Frozen Food Convention (AFFI-CON) on Monday, March 2, 2020, at The Cosmopolitan in Las Vegas, Nevada.

The Frozen Food Hall of Fame was established in 1990 by the Distinguished Order of Zerocrats, an organization of leaders whose purpose is to maintain the tradition of promoting the image and advancement of the frozen food sector. Members nominate and vote on the newest inductees, whose dedication and hard work have greatly benefited the industry. 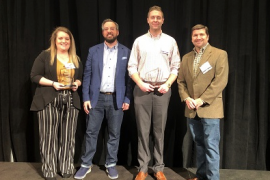 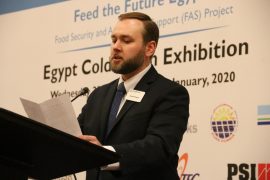 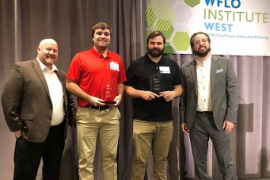