São Paulo-headquartered BRF SA warned on May 11 that outbreaks of the Covid-19 respiratory disease in Brazil could potentially disrupt production of chicken products due to temporary closure of processing plants or employee absenteeism.

On May 8 a municipal court in Lajeado ordered one of the company’s plants shuttered for 15 days to contain the spread of novel coronavirus (SARS-CoV-2), the bug that causes Covid-19 infection. The facility in southern Brazil is thus far the only one in the country that has been idled because of fallout from the pandemic that originated in central China late last year and has since spread throughout the world. The death toll association with the virus in Brazil stood at 11,519 as of May 12, while the number of confirmed cases was said to be 168,331.

“There may be accelerated contamination in a region and this will undoubtedly affect supplies. Perhaps the biggest challenge would be not on the demand side, but on the supply side,” said Lorival Luz, BRF’s chief executive officer.

The company has taken many precautions to guard against the virus. It has organized a Multidisciplinary Committee for Permanent Monitoring and, based on protocols established by authorities in the countries where it operates and recommendations from experts — including Dr. Esper Kallas, a professor specializing in infectious diseases at the University of São Paulo (USP) — continuity plans have been developed to maintain operations at safe levels and guarantee the flow of supply during this time of unprecedented production and distribution challenges.

In other news, BRF announced on May 7 that it has agreed to purchase the Joody Al Sharqiya Food Production Factory in Dammam, Saudi Arabia, from Hungry Bunny Limited. The deal is valued at approximately US $8 million.

The company plans to invest an additional US $7.2 million in the facility to expand current capacity from 3,600 tons of beef burgers, breaded and marinated meat cuts, and other value-added products to 18,000 tons per year.

The acquisition does not impact the memorandum of understanding signed last October with the Saudi Arabian General Investment Authority (SAGIA), whose objective is to secure approximately US $120 million in funding to build a state-of-the-art factory for the production of hamburger patties, hot dog sausages, breaded meats and halal chicken marinades. The project is currently in the technical specification and financial modeling phase.

“The halal market is a priority for BRF and strengthening our presence in Saudi Arabia is part of our long-term commitment in the region. We support the Saudi government’s initiative on boosting local production and the investment,” said CEO Luz. 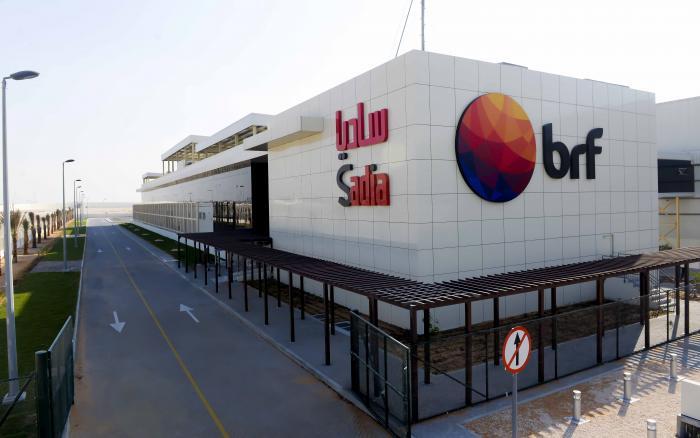